Next Wednesday is White Ribbon Day and we’re asking all our male membership to stop and think, then take the pledge to do whatever you can in the cause of ending all violence against women.

One of the many workplaces where our members are already on board is Vertical supply chain integration (below), where they are thinking about  the enormous but so often hidden problem of domestic violence and how men can stand up, face up to it and eliminate it. 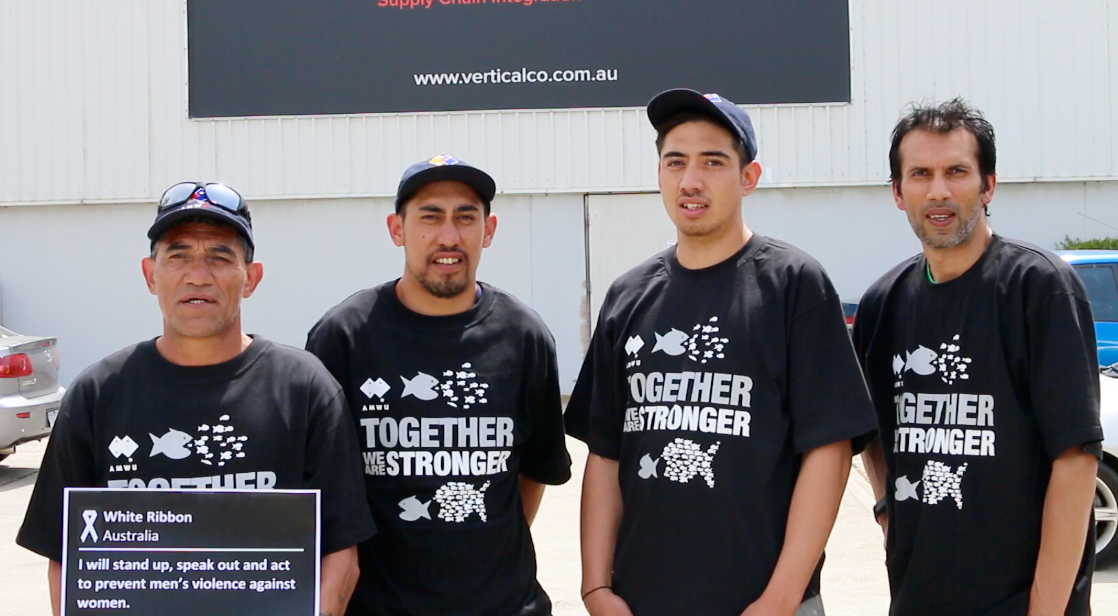 November 25 has double significance, as it is both White Ribbon Day and the United Nations' International Day for the Elimination of Violence against Women.

“There are over one million women who have been assaulted by a male spouse or family member,” says Mr Bastian, one of our White Ribbon ambassadors.

“It is everybody’s responsibility to ensure that no woman suffers through family violence. That’s why the Australian Manufacturing Workers Union is a proud supporter of White Ribbon.

“I will stand up, speak out and act to prevent violence against women.”

If you want to make a difference, take this pledge and also get involved in any of the multitude of White Ribbon Day activities like barbecues or sports events happening across the country in the run-up to next Wednesday, probably including one near you.

The AMWU is also encouraging our Victorian members to rally next Wednesday for the Walk Against Family Violence, to mark the special United Nations day and White Ribbon.

The AMWU group will assemble in Melbourne with other unions at 12.45 p.m. outside St Paul’s Cathedral, in Flinders St., opposite Federation Square.