The AMWU has hailed the Andrews Government’s announcement of 37 extra trains and extensive upgrades to Melbourne’s busiest rail line as a much-needed shot in the arm for manufacturing industry.

The decision to include at least 50 per cent local content in the new trains plus four new stations, signaling upgrades and removal of all level crossings on the Cranbourne-Pakenham line is expected to create new manufacturing work over the next decade.

The boost to industry confidence vindicated our members who had championed rail manufacturing during the 2014 state election and drew commitments which the Andrews Government may now exceed. 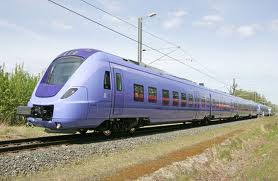 “This is terrific news, a tribute to our members’ efforts and resulting in the 37 trains with 296 carriages plus major rail infrastructure,” Mr Kelly said.

“As the Premier has priorisited local content, we urge train manufacturers and associated businesses in Victoria tendering for these contracts to raise the bar well beyond the 50 per cent minimum to improve their chances.”

“The Government's commitment to use Australian steel on the level crossing upgrades should also extend to new signalling and construction of new and upgraded  stations,” he said.

He said it was a big morale boost to manufacturing workers that the Andrews Government had scrapped the previous Napthine Government’s proposal to upgrade the line with a private partnership, that included 25 new trains built mainly overseas.

“This is a bigger, better proposal based on putting Victorian taxpayers money back into jobs in their own state,” he said.

The 37 new trains comes on top of the 50 country and suburban trains that Labor already committed to during the election campaign, after consultations with the AMWU.

Earlier this month the Andrews Government announced  the first five of those 50 new trains would be assembled by the Alstom workshop at Ballarat, in a deal worth up to $90 million.

Lack of apprenticeships was a key concern of AMWU rail delegates and officials from Western Australia, South Australia and Victoria who met in Melbourne recently to plan strategy.