Union member Kanwar Sandhu is among 194 new apprentices pressing ahead into a hi-tech future as the AMWU-backed Future Print training program continues to exceed its targets.

He is gradually mastering a huge flexographic press turning out 80,000 metres of coloured packaging every shift, at Amcor Flexibles in Melbourne.

It’s one of 97 businesses to have embraced the two-year Future Print pilot scheme as al new way to train the next generation of printers. 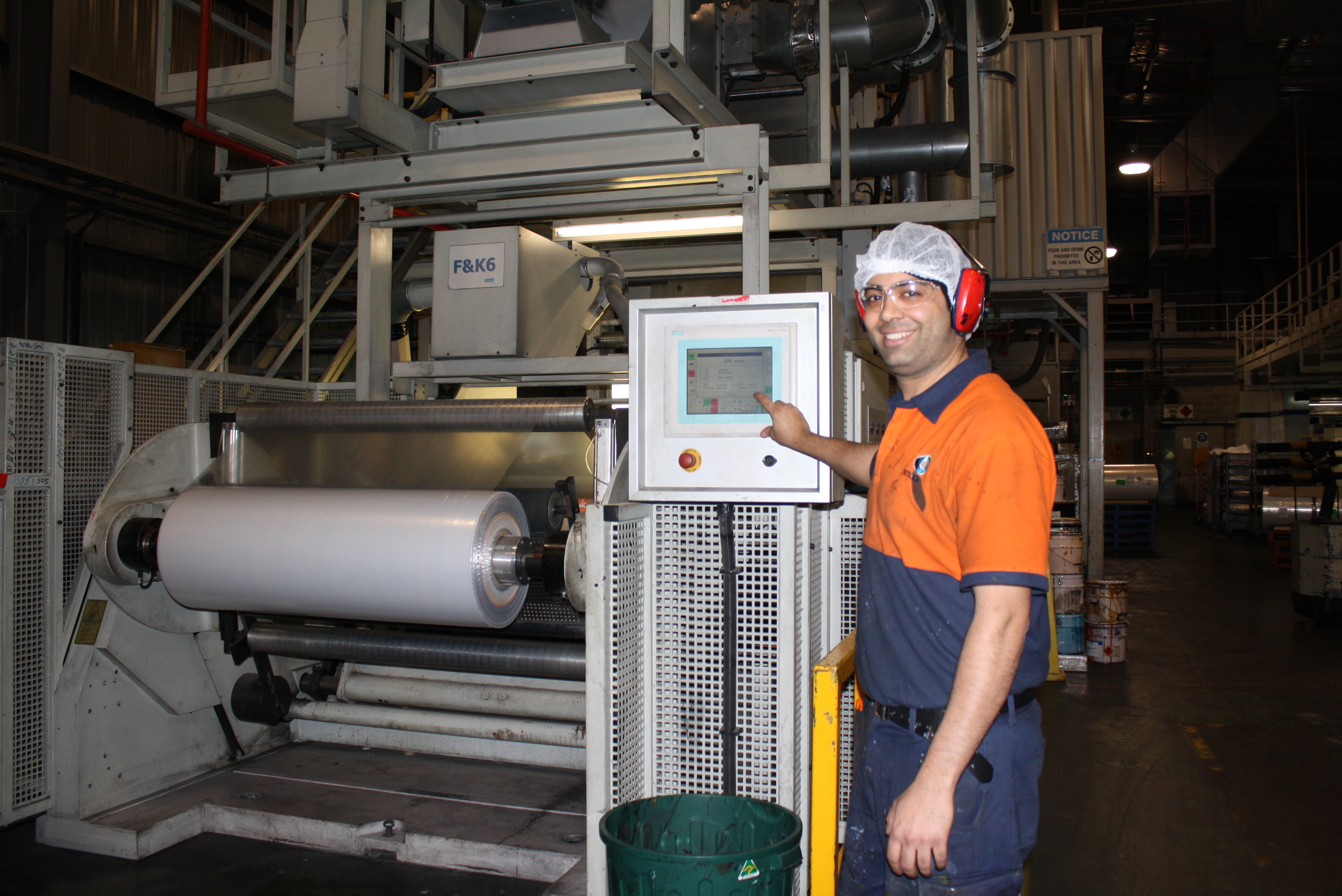 “I’ve been here five years as a printer’s assistant but now I finally have an apprenticeship, I’m learning more about the big flexographic printer,” said Mr Sandhu.

“I’m hoping to be qualified in a few years, it’s great when you’re in the supermarket and see aisles of biscuits, confectionary  and other products and know that you printed all that coloured packaging.”

The Future Print program was set up a year ago as a pilot for competency-based apprenticeship progression, which is to become the basis of the print industry’s future training.

The joint initiative of the AMWU and the Printing Industries Associated of Australia (PIAA) is designed to have assigned 240 apprentices by July 2015, when its results will be assessed by the Federal Government.

The $4.8 million program has already easily exceeded its first year target of 120 for July, 2014.

AMWU National Print Secretary Lorraine Cassin said the pilot scheme had proved dynamic in providing a fresh approach to apprenticeships, where progression – including pay - must now be based on competency rather than a strict four-year calendar cycle.

“Future Print is helping to meet the challenge of change, where rapid advances in technology have changed the skills required across printers, finishers and pre-press,” she said.

“Apprentices will benefit as the union, employers and registered training organisations keep developing benchmarks for their progress.”

So far the majority of apprentices have been drawn from mature workers within the industry like Mr Sandhu, 32, but Ms Cassin said the program is also open to school leavers.

whom employers have identified as capable to take the next step to a trade.

“But there should always be a place for the recruit straight from school, to provide the energy of youth  for the industry,” Ms Cassin said.

Future Print has an online jobs board hyperlinked to major career recruitment sites where vacancies are advertised, with experienced Future Print staff assessing applicants without an existing link to an employer.

Mr Sandhu said the apprenticeship had given him more financial certainty, so he’s planning to build his family home on the block of land he’s bought for his wife and baby son.

“The apprenticeship has given me the security, it’s not just any regular job and I’m  thrilled to have this chance,” he said.