The AMWU has broken through to win the right to bargain for union members at major food processor Top Cut after we succeeded with a majority vote of workers.

The Fair Work Commission recently made a Majority Support Determination in favour of the AMWU, after the union provided the ballots of more than 90 workers at its Melbourne site who voted to have our union represent them to bargain a first-up enterprise deal for their wages and conditions.

AMWU officials and delegates are expected to sit down next week with our colleagues from the meatworkers union to begin negotiating with the management at Top Cut, which is owned by multinational food giant Simplot.

Top Cut is the first among a recent batch of Victorian food industry employers where workers have decided to get organised over the past 12 months, with group of workers asserting their right to a union agreement via a Majority Support Determination vote.

Once the Fair Work Commission is satisfied that a majority of workers want us to negotiate a union agreement for them,  the employer  is then required to bargain.

A year ago there were only a few AMWU members at Top Cut but there is now a solid base of support among the workforce. 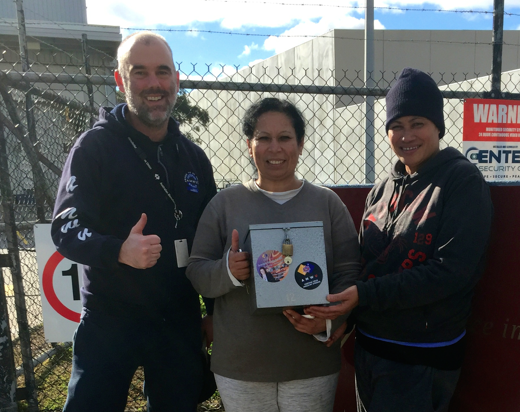 Top effort: Organiser Aaron Malone with  Michelle Vuillemain (centre) and Tala Mascoe, who used a ballot box for a secure vote by members.

Most earn a flat $18 to $21 an hour under the federal meat industry employees award, which has no provision for casual conversion to full or part-time work.

He said unions had been seeking to negotiate an EBA with Topcut for about a year but had not made sufficient progress, so moved for an MSD vote.

“We used a ballot box for people to vote so they could be confident the process would protect their privacy with full integrity,” he said.

Member Michele Vuillemain said workers on $18 an hour without penalties felt they could do better and wanted the AMWU to negotiate for them, but were worried about signing any open petition.

“We  filled in our name on a slip and put it in the box. We agreed to do this because it has to get better here,” she said.

“People felt a lot better putting a vote in the box, they know it’s more private.”

Langtech (formerly Heinz-Golden Circle) in Mill Park is another site where members have used the ballot box to confidently assert their right to have their workplace conditions set in an enterprise agreement with the AMWU negotiating on their behalf.