Thinking back reduces risk at Qenos

An AMWU member at industrial materials producer Qenos has been recognised for a common-sense innovation which dramatically reduced the risk of manual handling injuries for his workmates.

Peter Attard, a fitter in the Melbourne polyethylene plant, had experienced the potential danger to workers of having to lift a 57-kilo isolation valve during replacement of another part.

The AMWU health and safety rep took the initiative with other fitters in the workshop to suggest a practical solution – an alloy extension arm which is easily fitted to the workshop’s hoist to do the heavy lifting.

Mr Attard’s idea was selected by Qenos management as one of the finalists in the company’s Australian SHE (Safety, Health and Environment) Awards.

Qenos makes polyethylene products and polymers at its Altona complex, which are used across industries in pipes, crates, sealant cartridges and numerous other products.

“I want to eliminate any risk around our workplace, at my age I don’t want to see anyone being injured or in pain, “ said Mr Attard, at Qenos for 26 years.

“Management has been co-operative and encouraging, if we make the effort on improving safety they have always been ready to help us.” 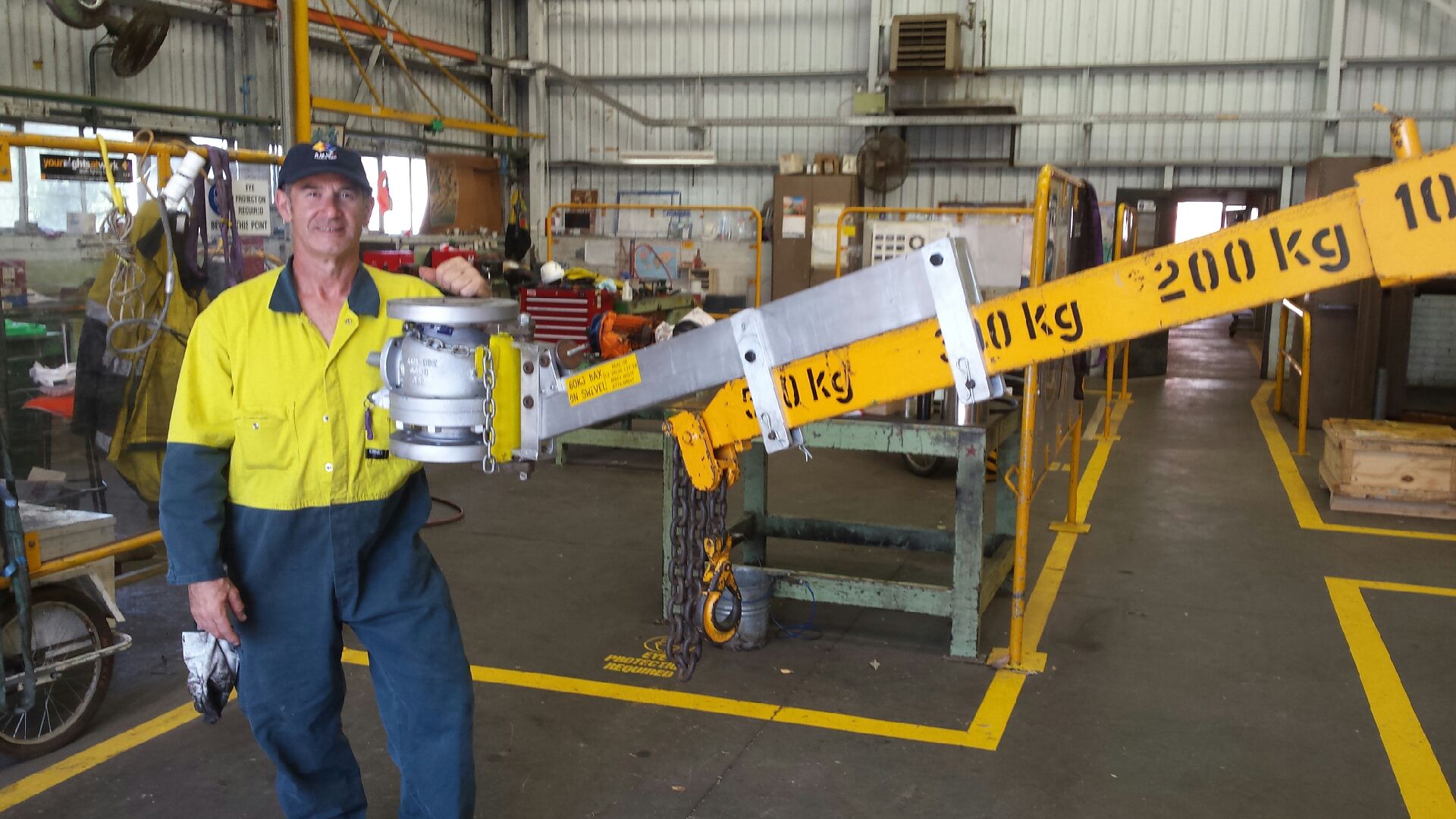 The idea for the alloy arm or jig came to him because of the lifting risk when workers have to regularly replace the gas nozzles which inject ethylene into each of the reactors making polyethylene powder.

Each time a new, clean nozzle was needed, it had also required workers to manually shift a 57-kilo isolation valve. At times, the valve itself had to be replaced after being clogged with chemicals.

It was always an awkward, heavy job as the valve had no lifting points, risking it being dropped.

Mr Attard liaised with a workplace planner who designed the alloy jig, which is fitted to the hoist and able to tilt and swivel, taking the strain and the danger away from the arms and backs of the workers.

The machining was done by a local engineering firm.

AMWU Assistant State Secretary Craig Kelly said:  “Peter has put the safety of his workmates first,  it’s another example of good, practical ideas coming from the shopfloor and it’s great to see that the management has listened and acted.”