Employers in future will be forced to think twice before they callously try to throw injured workers on the scrapheap after the AMWU won a landmark damages case for a Victorian member.

The union this week gained final agreement from Cadbury (now Mondelez) to pay Edmund Dziurbas $231,000 in damages for lost earnings after his dismissal by management at the company’s confectionary factory at Ringwood in 2013.

That payment is on top of $20,000 compensation already awarded to Mr Dziurbas by the Victorian Civil and Administrative tribunal for suffering and humiliation from Cadbury’s actions. 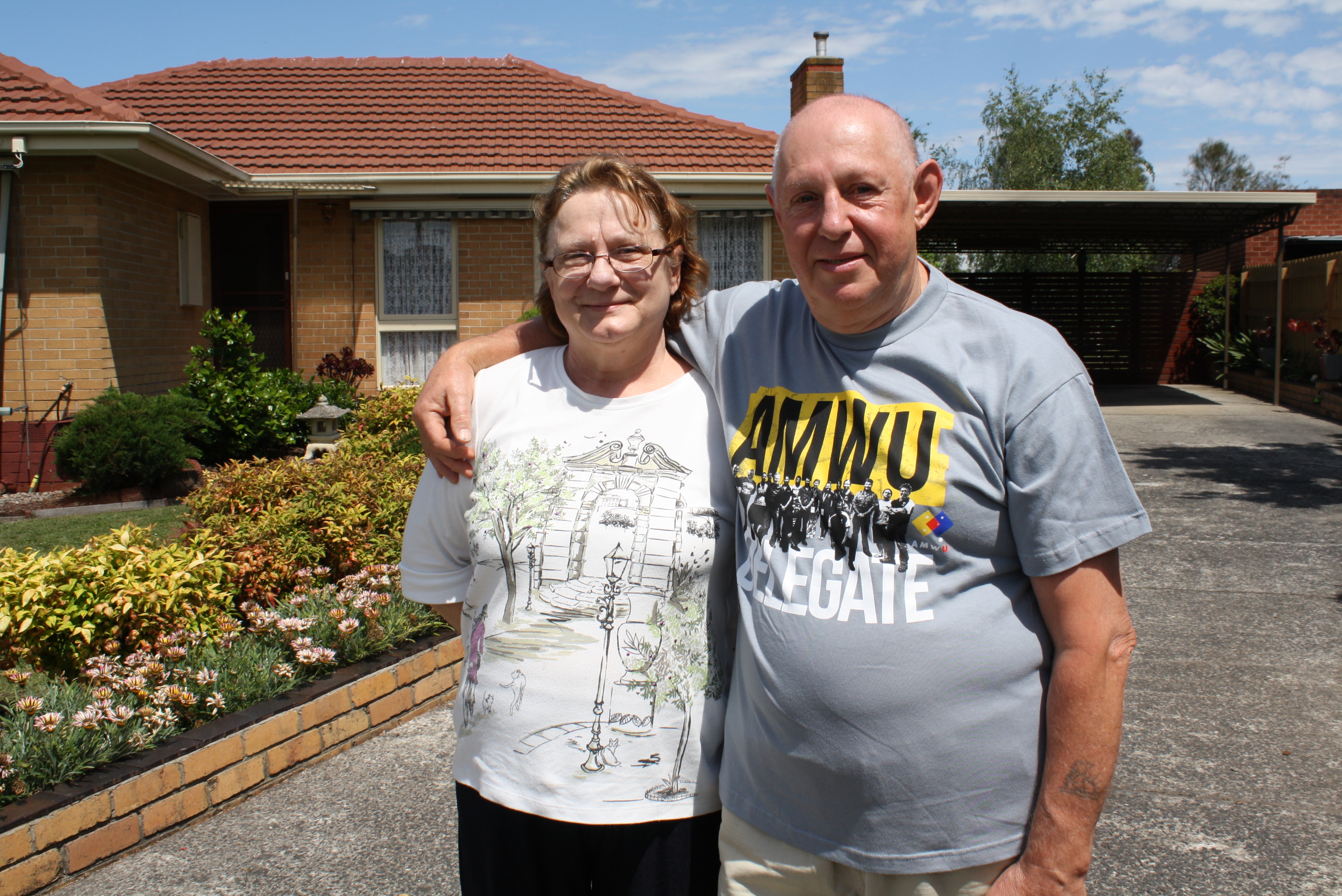 Vindicated: Edmund Dziurbas and wife Wanda can look forward to a happy retirement after the AMWU secured him a proper settlement from Cadbury- Mondelez.

Mr Dziurbas worked in production at Cadbury for 30 years but in June 2013 he took sick leave to have a hernia operation.

He was feeling fine and ready to return when the management told him to take extra weeks off, on full pay, before coming back in.

In October 2013, the bosses called the 63-year-old into work and told him they considered he was no longer fit to do his job, which came as a huge shock to the outdoor enthusiast and regular bushwalker.

Shortly after his dismissal, Mr Dziurbas used a pickaxe to break up a part of his concrete driveway and lay down a pipe, but this failed to convince Cadbury that he was fit and capable to work.

In a decision in Spring, the Victorian Civil and Administrative Tribunal found Cadbury had failed to properly assess Mr Dziurbas’s condition, what his job actually entailed, or to try to make adjustments to the job that would have made it easier for him to keep working.

The case sets a strong precedent for recently introduced “reasonable adjustments” provisions in discrimination laws. Employers must properly consider how jobs and workplaces can be modified to accommodate workers with injuries or disabilities.

Mr Dziurbas,who recently turned  65, will receive his payment early in the new year after the AMWU and Mondelez this week finalised a consent order covering what he is owed for  two years in lost earnings, plus his other leave entitlements.

“I knew I was right all along, I was confident I was going to win with the AMWU’s help,” he said, with his son Bernie interpreting.

“I’m very grateful for all the work the union has done over the past two years, it’s been there for me every step of the way.”

“This case shows this is not good enough. Workers deserve more.”