Community support keeps growing for a united group of Bitzer workers as they enter the third week of a strike at the Melbourne firm which specializes in cooling equipment for retail customers.

Community members including other unionists from nearby worksites and university students have been visiting their protest vigil, which is going 24-hours every day, outside the site of their employer in the Melbourne western suburb of Sunshine.

AMWU members and all other unionists are encouraged to visit the peaceful gathering.

The 54 AMWU members stopped all production of the industrial-sized cooling evaporators in early April as they refused to bow to a management plan to evaporate their RDOs and decent standards for casual workers. 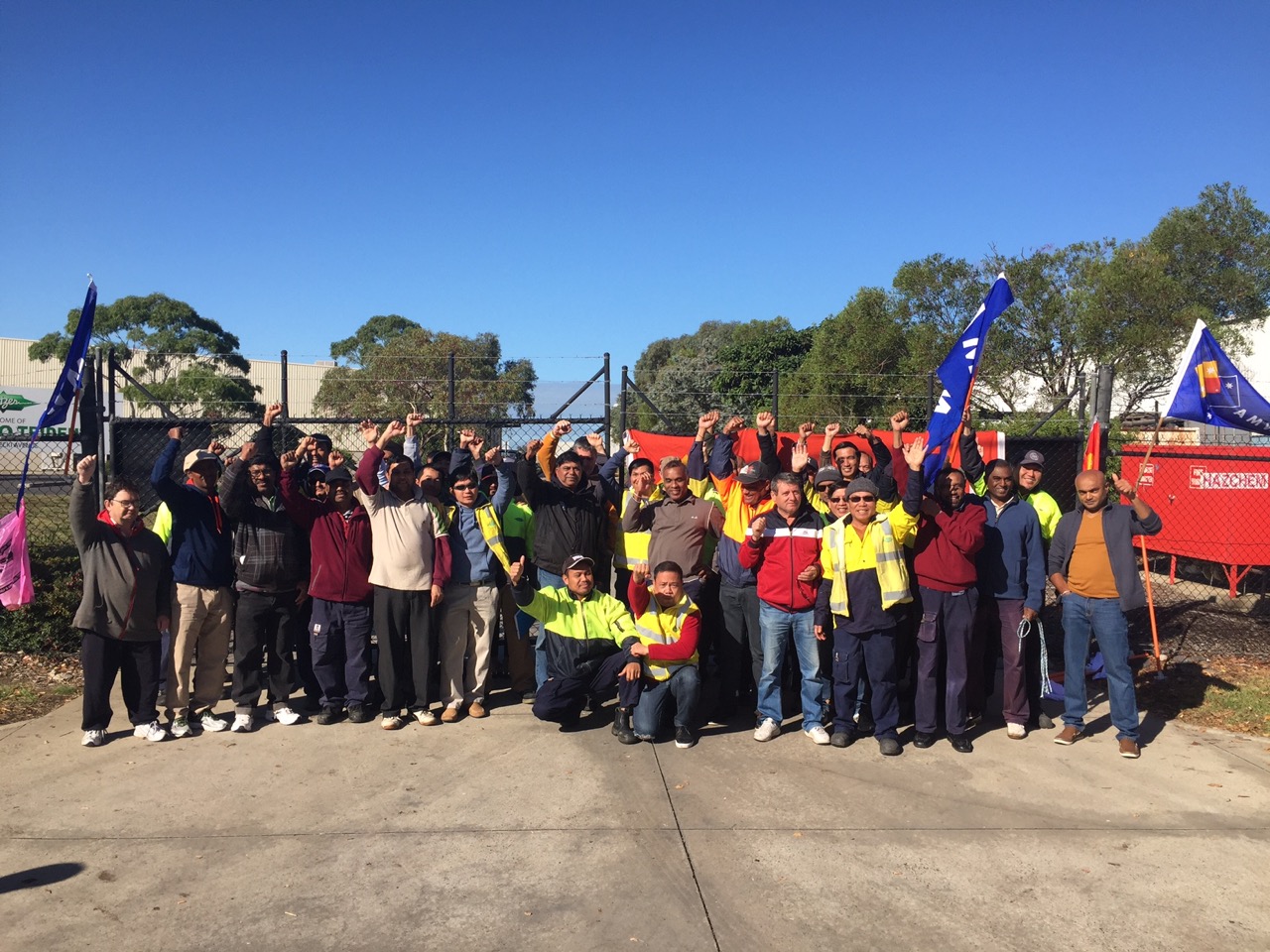 No surrender: the struggle will go on for determined AMWU members at Bitzer.

AMWU Assistant Victorian Secretary Craig Kelly said the members had voted to take authorized industrial action and stop work indefinitely after management refused to back down on its plans to slash real wages and conditions in a new enterprise bargaining agreement.

The skilled workforce make and assemble refrigeration parts and large evaporators, the only company in Australia which manufactures the industrial-size equipment and is able to customize it for specific customers including supermarkets.

Management have made no pay offer beyond the cost-of-living index, want to remove RDOs, stop contributing to income protection and introduce pay cuts for new workers.

As part of a strategy to cut full-time wages and conditions, Bitzer management also want to reduce the wages of about eight casual workers by nearly a third. It offers them no prospect of permanency, even though some have worked there for the past few years.

The workforce are determined to win a real wage increase and protect all their conditions.

“This is clearly an attempt by Bitzer to undermine the wages of its full-time workforce, partly by exploiting their fellow workers who have been put on as casuals with no prospect of permanency,” Mr Kelly said.

“Our members want a fair go for everyone, most have worked at Bitzer for well over a decade and won’t settle for anything which would see them gradually paid less then forced out. We won’t tolerate a two-tier wage structure.

“The decision by the workforce to strike was unanimous and the AMWU is fully supporting them.”