The AMWU has helped stop the Turnbull Government handing more power over superannuation to the big banks - a win for our members who want to maximize their savings for retirement.

We believe that the best way to keep the not-for-profit industry super funds performing well for our members is to conduct a review of the funds’ governance, to be done by former Reserve Bank Governor Bernie Fraser.

Those changes, backed by the big banks and private superannuation industry, would have forced the not-for-profit funds to accept board members from outside union and employer groups - despite funds providing excellent returns to members for many years. 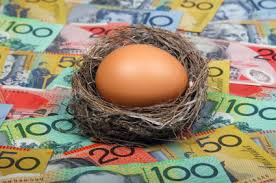 Our union joined the ACTU and not-for-profit super industry in campaigning hard to persuade Senators to vote against the Turnbull Government’s superannuation bill, which would have helped the banks try to wield control over the industry super funds – and members’ savings.

“It’s right to say that this is a victory for commonsense over free-market ideology,” said AMWU National Secretary Paul Bastian.

“The industry funds exist only to benefit members, they have a solid record over the past 20 years in delivering better investment results with lower fees than the private industry funds mostly owned by the banks.

“There was no good reason to impose changes - as the old saying goes, if it ain’t broke, don’t fix it.

“It was just that this Coalition Government can’t accept that unions co-operate with employer organisations on fund boards to deliver better super outcomes than bank-owned funds.”

But Mr Bastian said it was important to ensure that industry funds kept meeting the highest standards of administration and performance, so it was a good move to ask the respected Mr Fraser to lead an expert panel inquiring into how they operate.

That will be complete by next April.

The panel may come up with a new Code of Conduct consistent with official regulatory standards, to be compulsory for funds belonging to Industry Super Australia or the Australian Institute of Superannuation Trustees.

That includes the AMWU-endorsed super funds which our members contribute to – Australian Super, Media Super, MTAA and CBUS.

NOTE: AMWU National Secretary Paul Bastian is a board member of Australian Super.