News consumers and workers are the big losers following the decision by the Australian Competition and Consumer Commission to allow Perth to effectively become a one-newspaper town.

The AMWU is working to protect the interests of our print members at WA’s Sunday Times in wake of the disappointing decision.

The ACCC recently cleared the sale of the Sunday Times, owned by News Limited, to its rival SevenWest media, which publishes The West Australian from Monday to Saturday. It means the print operations of both newspapers will almost certainly be merged.

Our 30 members at the Sunday Times in Canning Vale have been left anxious over their futures, with the strong likelihood of redundancies when print operations are consolidated at The West Australian’s site in Herdsman. 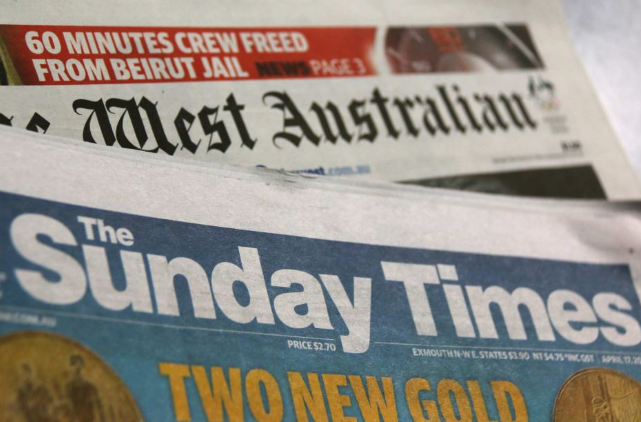 Our union’s WA Print Secretary Alan Lindsey said the AMWU was urgently seeking clarification from Sunday Times management on the process and timeline, though members could be assured they had a strong EBA with good redundancy provisions.

“Our members are anxious and the community should be anxious too because this concentrates overwhelming media power into the hands of a single commercial owner, Kerry Stokes and his SevenWestMedia,” Mr Lindsey said.

“It’s deeply unfortunate that editorial content of newspaper market will be monpolised by decisions made at The West Australian, which is incredibly hostile to trade unions and workers’ rights.”

Mr Lindsey said the ACCC rationale that diversity of opinion would be protected by readers preferring online news was flawed because SevenWestMedia would also now take over the state’s most popular website, PerthNow – like the Sunday Times, presently owned by News Limited.

The AMWU is deeply sceptical at the claims of West Australian CEO Chris Warton that the Sunday Times and PerthNow will retain editorial independence by still competing with their new dominant stablemate for stories.

“Both titles and all websites will sing from the same SevenWestMedia songbook of Kerry Stokes when it comes to political and industrial matters,” Mr Lindsey said.

“He also owns the Seven Network in television, so Mr Stokes has all bases covered. It's a sorry situation for people who just want the news told straight, without bias.”