Defence Department technicians have walked off the job for the first time as they campaign for a new collective agreement.

Union members at two RAAF air bases, the Navy’s main airfield and a weapons facility in NSW are set to repeat their 24-hour strike on Monday week in solidarity with other Defence public servants resisting the Turnbull Government’s attack on their pay and conditions.

The latest action was taken by four maintenance managers in aircraft operations at RAAF Richmond, RAAF Williamtown, HMAS Albatross at Nowra and in training at the defence facility at Orchard Hills, NSW.

Their “surgical” strike action came with five days notice, aimed at disrupting defence administration in covering their work but without risking safety.

Jon Laird, AMWU delegate at HMAS Albatross, said strikes and bans hitting maintenance on Air Traffic Control equipment and aircraft radios would escalate unless Defence management gave the Turnbull Government a reality check by sticking up for its civilian workforce.

“We’re told it’s ‘one-team’ and ‘one-Defence’ combining civilian and uniform for Australia’s security but then the Government comes in over the top and treats the public service like dirt, undermining trust and destroying morale,” he said. 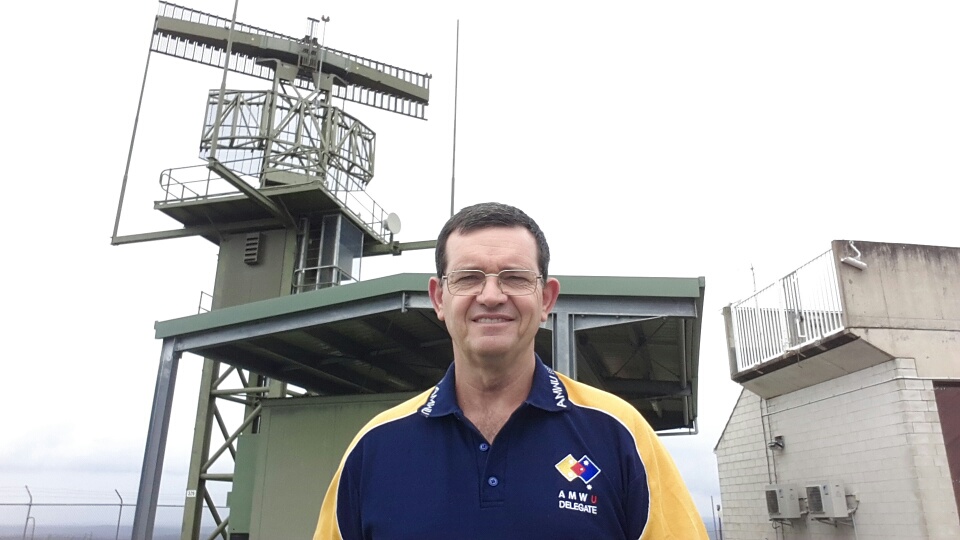 The Defence Department is offering an effective 1.2 per cent per year pay increase to the civilian workforce that has had no pay increase since 2014. No backpay is on offer.

The other major issue was the Turnbull Government’s agenda to convert much of the existing collective agreement into departmental policy, controlled at management’s discretion.

It would mean the criteria for areas including performance pay and job classifications could be varied at will by Defence management or their Minister, rather than negotiated with the union every three years.

That risked higher workloads and responsibility being loaded on to existing pay rates or unrealistic targets being set for assessments of performance.

“Our members don’t trust the Minister responsible for the Public Service, Michealia Cash, having control over their conditions  any more than they trusted Eric Abetz before he was sacked,” Mr Nicolaides said.

“The Turnbull Government is imposing an inflexible bargaining framework across the public service, which puts the Defence officials we’re talking with in a straightjacket – they’re frozen at attention and won’t move without permission.”