Feelings were strong among the AMWU members who gathered at two sessions at Sydney’s Trades Hall over the refusal of NSW employers to give them pay equity with sheeties doing the same job interstate.

The vote went 91 per cent in favour of industrial action, with members set to walk off the job for an initial four hours next Wednesday for a mass meeting back at Sussex Street to plan their industrial campaign. 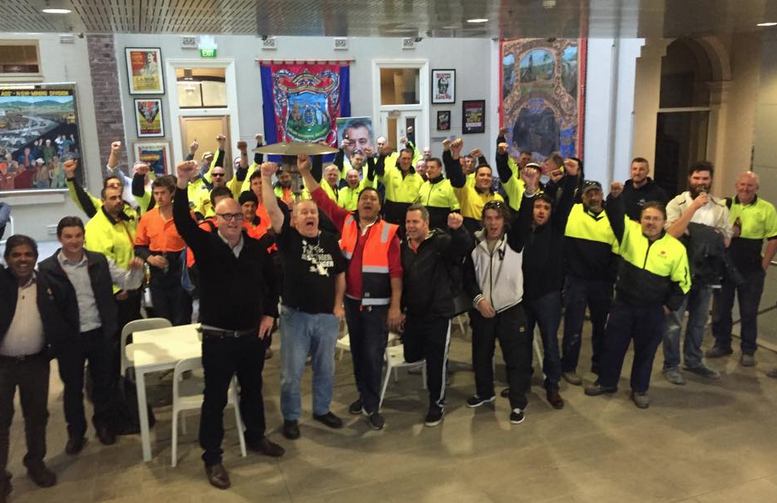 NSW State Secretary Tim Ayres said the members, which total about 400 across the state, were being paid almost a quarter less than workers doing the same work on construction sites in Victoria.

“Our sheet metal members are determined to come up to the standard in other states for skilled work which is extremely demanding and  integral to completing these new buildings,” he said.

“Unless the contractors sit down with us again and negotiate in a fair and realistic way, our members will go ahead with protected action that will have a real effect on sites across the state, including major projects in the heart of Sydney.”

The sheet metal workers install the air-conditioning systems for buildings under construction and any industrial action would stop fit-out, plastering and all internal building work.

The workers want an hourly site allowance on projects matching the building industry scale, the existing award incorporated into the new agreement and wage rises of five per cent yearly over a three-year agreement.

The AMWU has been trying to negotiate a new contractors agreement for the past three months with the Australian Mechanical Contractors Association, which represents seven large sheet metal companies.

“The result of the vote indicates real feeling across the industry, the members are prepared to back up the improvements they need by taking action,” said Steve Isberg, a member of the AMWU Consultative Committee.