Safety is our best memorial

Many AMWU members around the country paused from their toil for a minute or more yesterday to quietly remember the lives of workers who have been killed in workplace incidents.

International Workers Memorial Day was marked by silences and ceremonies at workplaces, parks and Trades Halls in every state in honour of the 193 Australians who died needlessly at work last year.

They were among 2.3 million people killed at work worldwide.

Families and workers touched by workplace tragedy spoke movingly on the need for safety, with a plea for continuing vigilance from unions and improved standards from governments and employers.

In Brisbane, about 1800 workers heard from the father of a young electrician who died on a construction site. In Melbourne, a former bricklayer suffering asbestosis told of his trauma in attending the funerals of mates struck down.

Ron Patton, who worked on kilns and boilers in factories, told a Trades Hall ceremony that governments must do more to eliminate asbestos, in buildings and in some imported products. 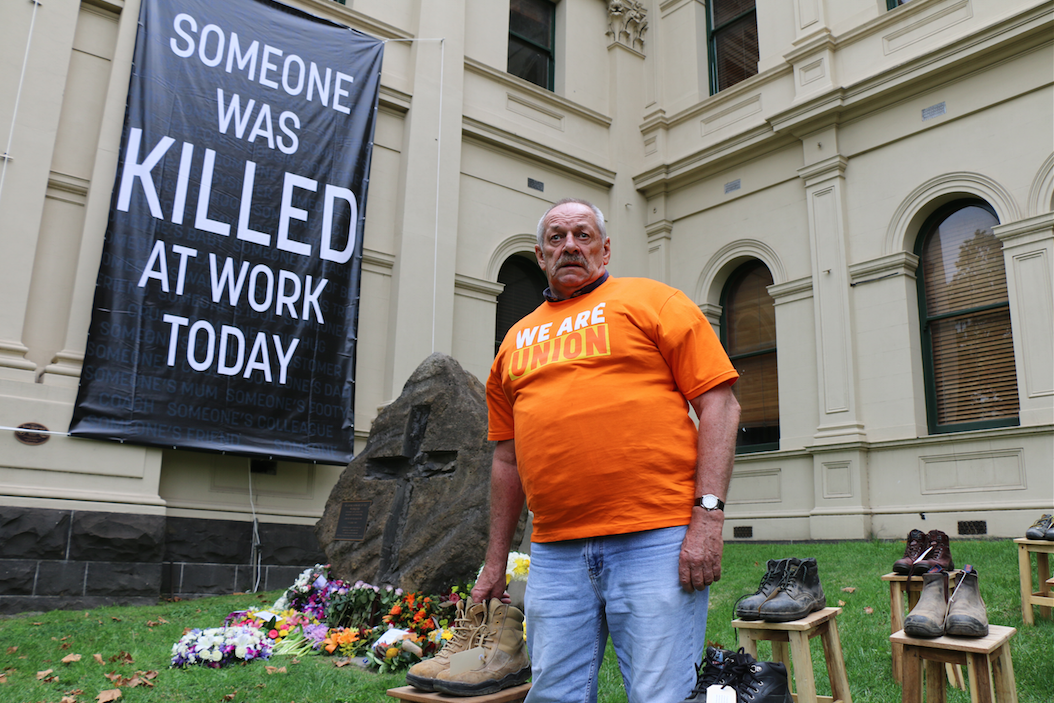 “In the past two years I’ve been to eight funerals of my mates,” he said, struggling for breath.

“We need to stop asbestos from ruining our lives.”

Speaking at Morwell's Centenary Rose Garden in Victoria was former Loy Yang power station worker Allan Buhagiar, who is incredibly lucky to be alive after an industrial door another fitter was repairing collapsed on them in 2006.

“It wasn’t even my job, I just went over to help him. A large six-tonne door came down in an instant,” the AMWU member recalled.

“Noticing the door was wobbling just prior, I lunged out at him but unfortunately didn’t get to him in time. He was fatally wounded and my hand was amputated.”

Mr Buhagiar called the time he waited for riggers to lift the door off them “the longest half hour of my life.” 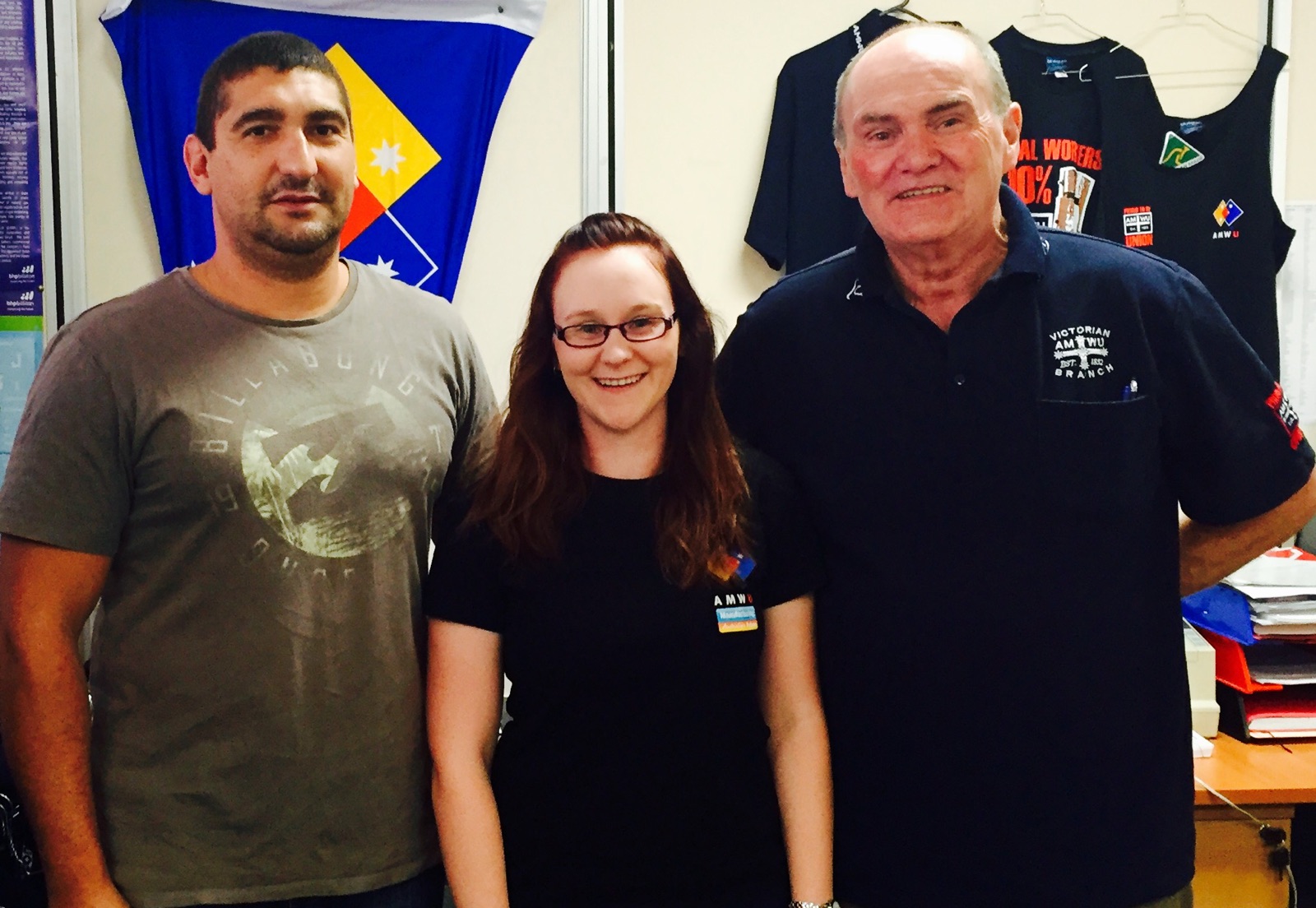 He was lucky not to also die from his injuries, with his lung collapsing and heart stopping during a 12-hour operation where surgeons re-attached his left hand. It was the first of 15 operations.

His message is that it’s essential for everyone to take responsibility in double checking that jobs are done strictly according to safety procedures – if in any doubt, ask your delegate, OH&S rep or someone in authority with knowledge.

“Always check things, take a good look around so you’re totally satisfied the job is being done safely. Don’t just do it if someone says ‘it’ll be alright’ or ‘don’t worry’,” he said. 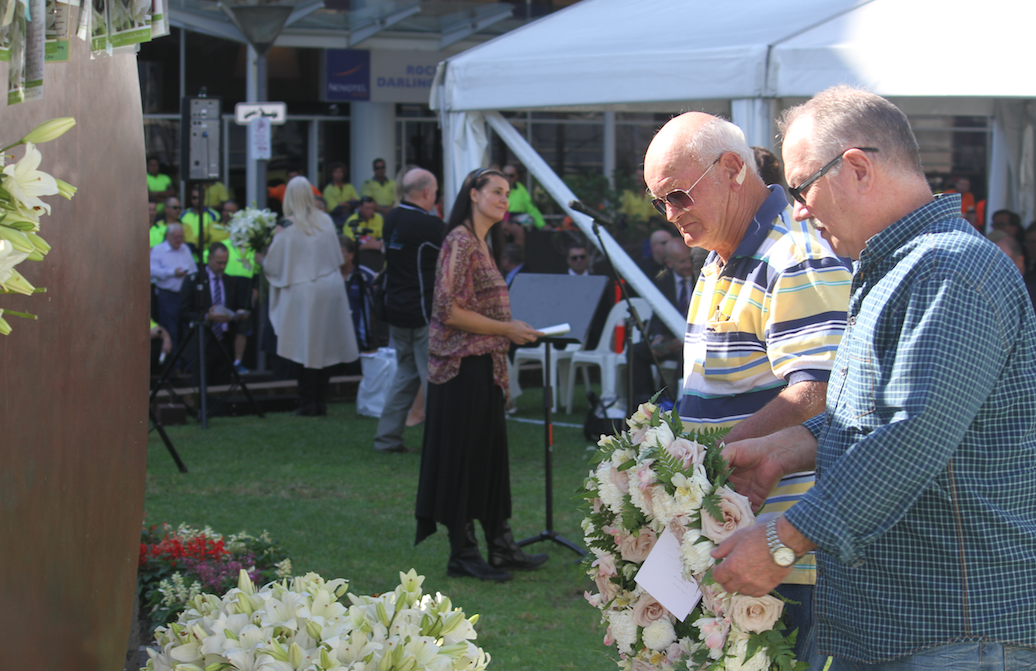 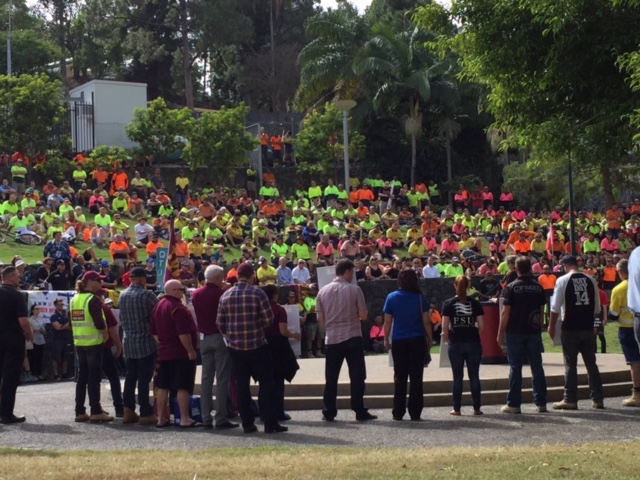 Brisbane: part of the 1800-strong crowd at Emma Miller Place.

Mr Buhagiar became one of 500,000 Australians whose lives have been permanently changed by a workplace injury, as he has been unable to permanently return to work.

But he’s glad he’s alive to see his three sons grow into teenagers and he endorses the global motto of unions on Workers Memorial Day: Honour The Dead, Fight Like Hell For The Living.