Automotive technicians at Kmart Tyre and Auto have certainty and security over the coming years from winning new collective agreements, with members in South Australia getting a better deal for working away from home base.

Our 75 members in SA early this year voted up their new union agreement to join Kmart members in Victoria and NSW, who approved theirs late in 2015.

The vote at Kmart’s 15 sites in SA was carried solidly.

SA Vehicles Secretary Scott Batchelor said it confirmed that the AMWU had satisfied the priorities of members, including pay rises to protect their living standards.

Members in Adelaide were particularly concerned with the practice of auto technicians being sent to a different Kmart site to meet extra demand or plug a staff shortage without sufficient notice or compensation for the disruption to their lives.

The new deal means members must be given at least 24 hours notice of the need for them to work at another location, have right of refusal if it is over 20km from their normal Kmart workplace and be compensated with an extra payment for extra kilometers travelled.

The agreement also includes an updated classification structure to help members progress their careers more smoothly, plus tool box insurance to the value of $7500.

“Auto technicians are performing a skilled and valuable service to the public and we believe this agreement properly recognises the professionalism of our members at Kmart,” Mr Batchelor said.

“It gives them a demonstrated path to career progression.” 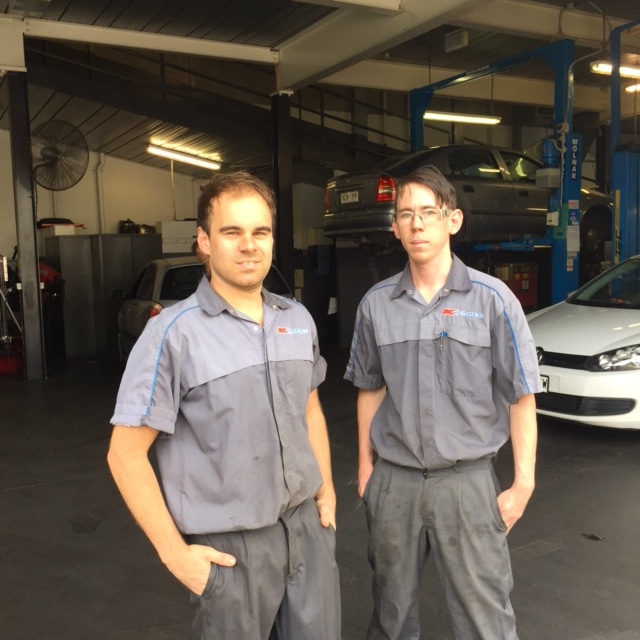 Cool at Kmart: Auto technicians Joe Barone (left) and Justin Bartle are pleased with the new union deal covering them at the Kmart auto shop in central Adelaide.

SA members had also rejected an option pushed by the company to trade away their RDOs.

In Adelaide we have also re-organised our representation to ensure that Kmart shops across the suburbs are properly covered, appointing regional shop stewards for the north, south and west.

“The guys seem pretty satisfied with the way it went, the union kept us in the loop the whole time,” said AMWU member Justin Bartle, an auto technician at Kmart Adelaide city.

“There’s more support for us now if we get asked to move around stores, plus we decided against the option of trading off our RDOs for an extra pay rise. We work fairly long hours, so it’s good to get that extra day to get personal things done for ourselves.”