McCain workers are being urged to vote down an inferior workplace agreement which the company is dishing up just as union action threatens a shortage of fries at Maccas and other fast food outlets. 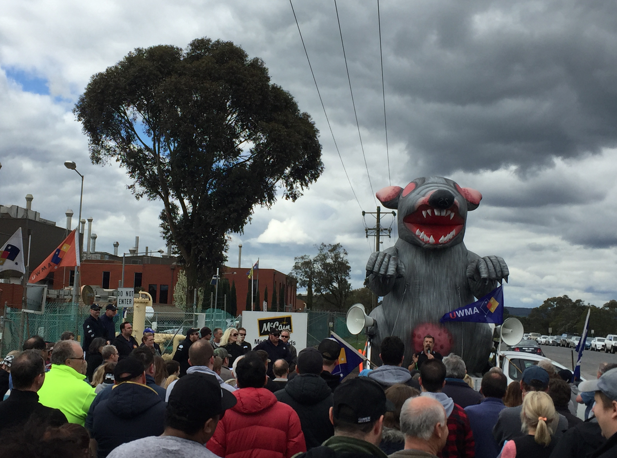 Vote down this offer: McCain members meet outside the Ballarat plants, with our mascot from the CUB dispute "Scabby the rat" turning up wherever he smells bosses pushing a suspect deal.

Desperate McCain management at the Ballarat food plants have cooked up an offer which gives the company power to swing everyone from eight to 12-hour shifts as bosses please, with minimal employee input.

They also want workers to give them the right to get rid of weekend penalties. The lure for short-term casuals is consistent employment, part of a deliberate company plan to weaken the workforce’s unified bargaining power.

“McCain’s production of fries is way down due to our industrial action, they are feeling the pinch so they are putting a lot of pressure on newer casuals to vote yes on an agreement in no-one’s best interest,” said AMWU delegate Paul Lavery.

“This has some real nasties but the real agenda is to try to exclude the union’s involvement at our workplace, so we’re asking everyone to strongly reject this when they vote next week.”

Strikes covering a few days a week at the McCain French Fry plant and pre-prepared foods plants have dramatically hit output to huge customers including McDonald’s, KFC and the supermarket duopoly.

Last week McCain flew in managers from Tasmania and non-union labour from New Zealand, but the bosses only managed to make a potato-pulp mess in Australia’s largest french fly plant.

It took them a full day to produce and package an amount of chips normally produced in a half hour.

Concerns have been raised that a management failure to properly clean a fryer led to a rupture of a pipe, causing a union member to be sprayed with boiling oil on his forearms as he raised them to protect his face.

WorkSafe has put a pin notice in the fryer, but has not accepted poor cleaning is at fault. 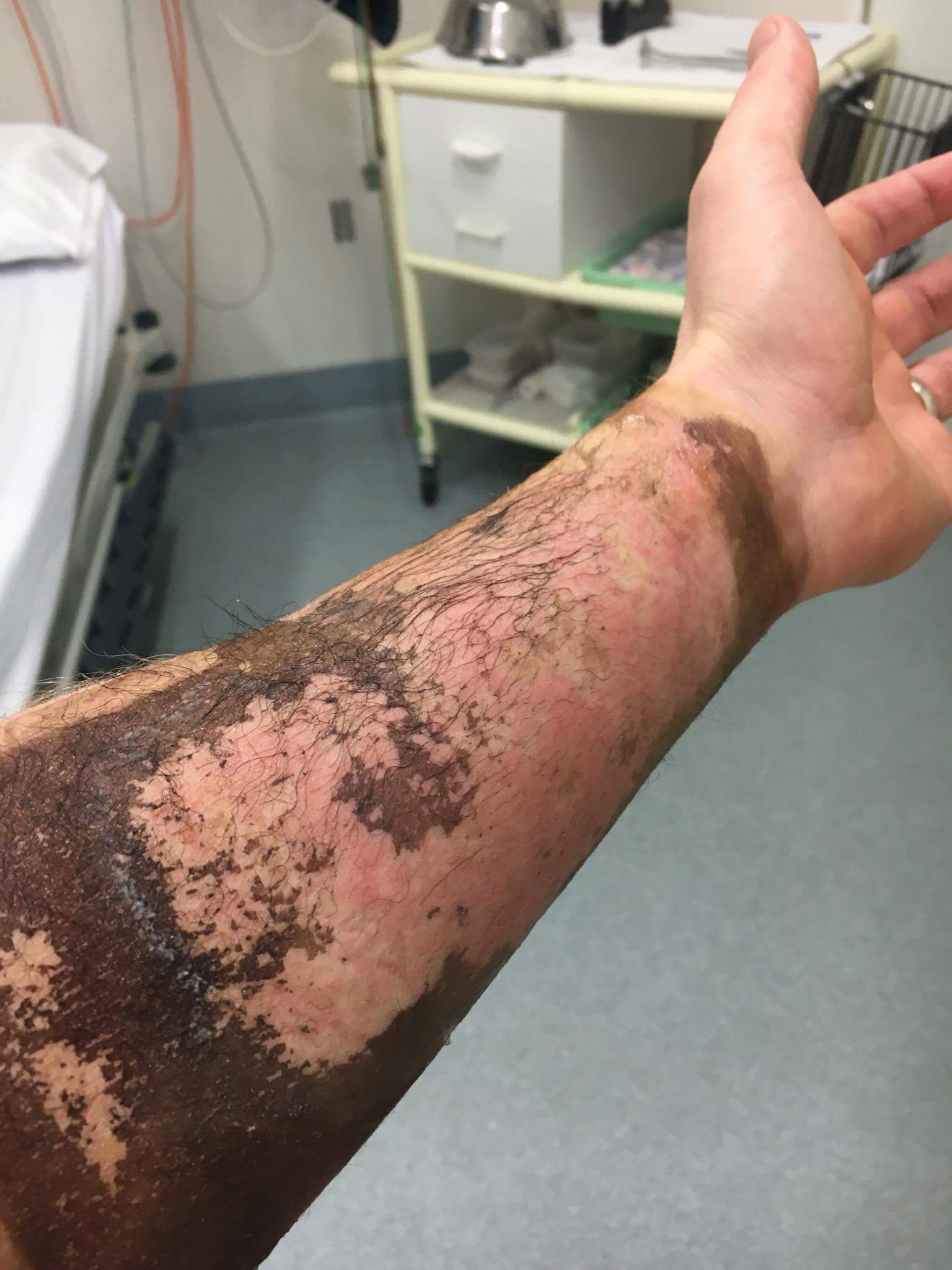 Painful cost: Our member shows where his left arm was burned by hot oil.

AMWU organiser Angela McCarthy said management’s latest proposal was a re-heated offering after McCain withdrew an earlier proposal which was even harsher for rosters.

But management still wants weekends worked without penalties and for workers to trade-off their award right to give agreement before being rostered on 12-hour shifts.

Our union’s priority is to ensure that any worker employed on site through outside contractors gets the same wages and conditions as McCain employees under their existing union agreement.

“McCain are trying to play the workforce, particularly their casuals, for suckers by holding out a few carrots,” Ms McCarthy said.

“We know union members are too smart for that and are confident they’ll vote no to this offer and further turn up the heat on management.”