No Whyalla Wipe-Out: AMWU members celebrate their win with the Community

The next chapter in Whyalla’s rich history in Steelmaking officially started on the 1st September, with the official handover from Mark Mentha (KordaMentha) to Sanjeev Gupta (Liberty House).

The handover was the culmination of 2 long years of negotiations between administrators, unions, and Liberty House – the new owners.

The future is now much brighter for AMWU members and the community of Whyalla. Not only have jobs been saved, but the investment into the plant will hopefully see more jobs created and the opportunity for young people to take on a trade and a secure job in their own community.

The long-awaited day started with formalities at Wilson Park which included State and Federal politicians, the Administrators and the Gupta family, as well as workers and the Whyalla community.

Hundreds of union members, community leaders and the general public marched in unison to Ada Ryan Gardens where Mark Mentha handed over the keys to Sanjeev Gupta.

“The Whyalla plant was marked for closure,” said Mr Gupta.

“It would not have stayed open for long enough to allow us to come and do what we’ve done without the resilience of the community and the workers, and their refusal to give up.

“The will and the desire of the community and the workers to survive and make their business thrive was very strong.”

Premier Jay Wetherill praised the workers that made the sacrifice of wages and conditions to keep the Steelworkers going through tough times. He thanked them for maintaining productivity and the quality of work which made the business attractive to the new owner - “they are the real heroes.”

AMWU Whyalla Organiser Steven McMillan thanked Mr Gupta for his vision and confidence in the workers and the Whyalla steelworks, and particularly union members who stuck by their union and stuck by the plant.

“Even after taking a financial hit, union members stood strong to protect Whyalla’s future and the future of South Australia’s Steel Industry. This is their victory.”

If the company meets the vision they have laid out, there will be ongoing employment of the workers at Whyalla as well as growth of more jobs and diversity of work.

His plans are to invest $1 billion into capital works in the short to medium term, this involves co-generation power, and upgrades to current infrastructure and port facilities.

Longer term this will see increasing steel output per anum, from the current 1.2 million tonnes to 4.0 million tonnes per annum. He has also indicated he wants to talk to governments about solar and pumped hydro energy supplies

The Arrium Business has been rebadged and is now known as Liberty Onesteel.

Steve McMillan said without AMWU members keeping the faith all the way through to the handover, this sale of the complete Arrium Business would never have happened, and many job losses would have occurred.

Members are now looking hopefully towards the future, and to building the community of Whyalla into its next phase of steel production. 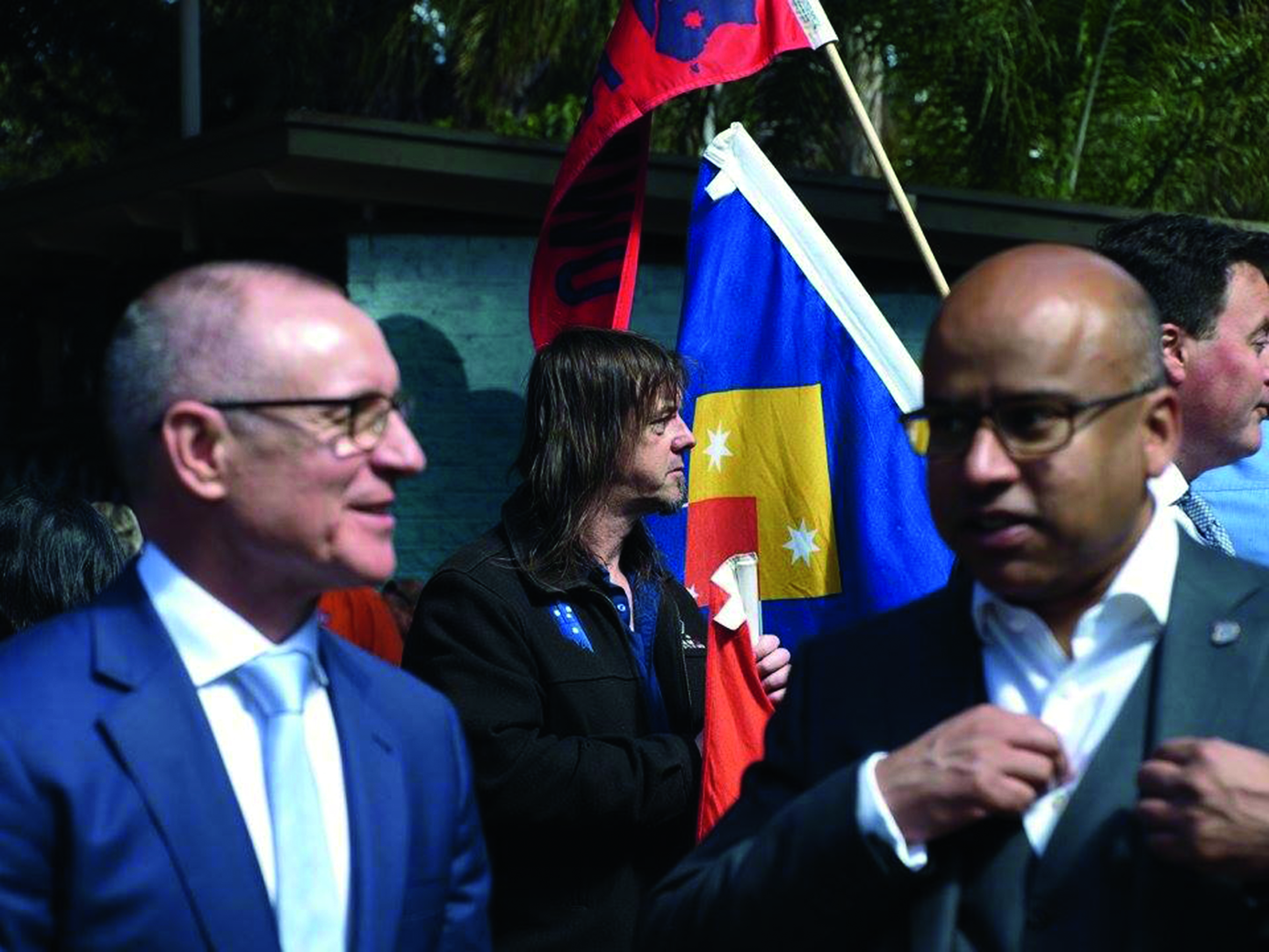