In early 2015, the Workers of Nu-Mega Ingredients, a producer of fish oils located in Altona North, made contact with the AMWU and hinted that they might want to join the union. It’s a small, tightknit crew of workers who decided to meet with their local AMWU organiser after work one Friday.

They had a few reasons for wanting to enlist the help of the AMWU. They wanted help negotiating their upcoming EBA and wanted management to take some of their concerns at work seriously. They wanted some expertise on the topic and knew where to turn.

After the initial visit, a handful signed up and work began to get the rest involved. After the majority of the workforce was on board, a letter was drafted for management explaining the members’ reason for joining. Management had to respect the workers’ decision and plans were made up to begin EBA negotiations.

The negotiations carried on through the winter and into spring. It wasn’t always easy, but the AMWU members secured modest pay increases, an improved redundancy package, accident make up pay and, importantly, provisions in their personal leave that allows them to take leave for family violence.

The agreement was voted up unanimously and has recently received a rubber stamp from the Fair Work Commission.

Throughout this entire process, there was one hold out who hadn’t signed up with the EBA. 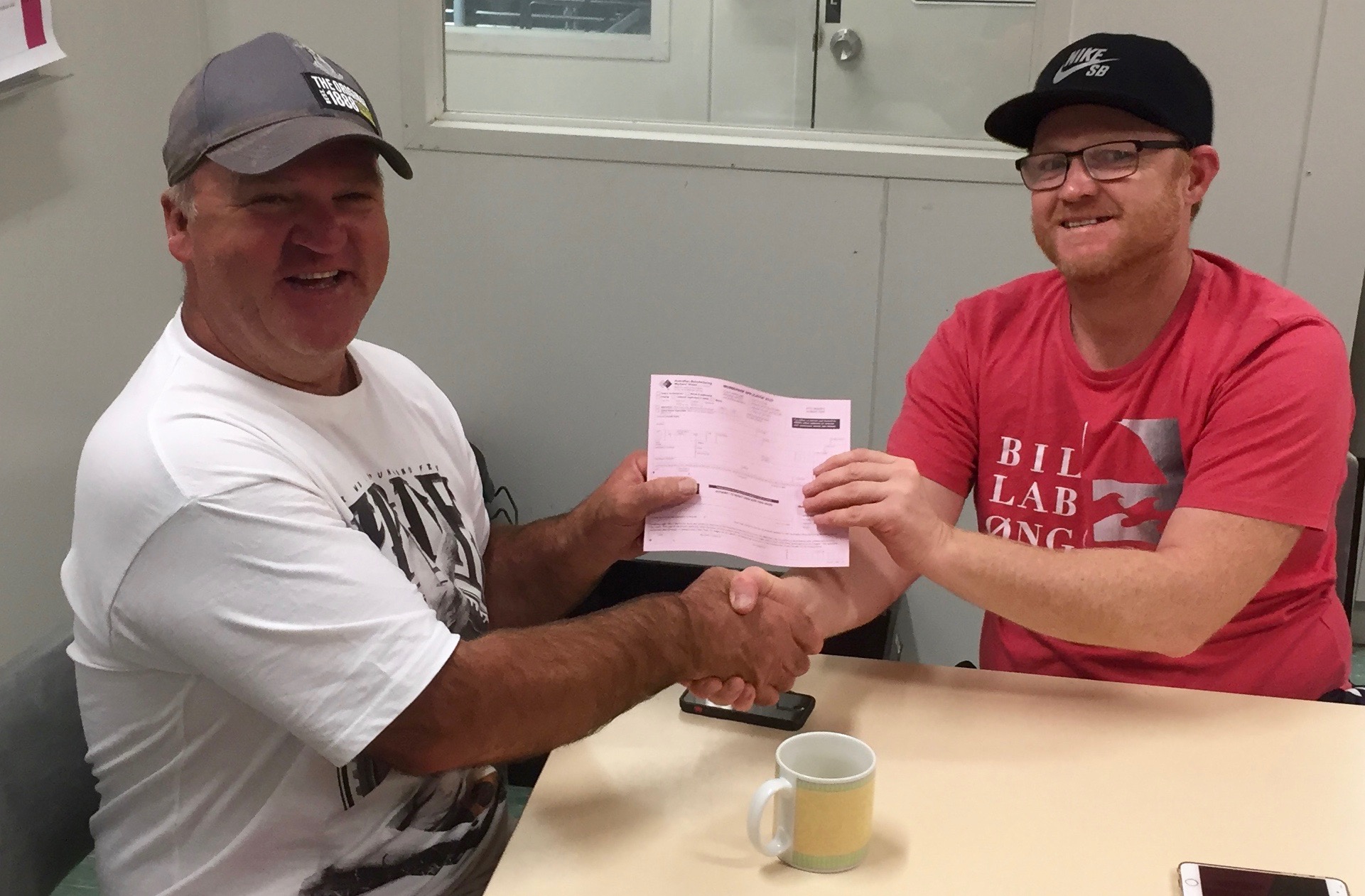 AMWU Delegate Darren Cooper signing up his final colleague to have 100% AMWU membership!

After seeing the good work the union had done, delegate Darren Cooper was able to get him on board. Now, we’re proud to say that Nu Mega production and warehousing has 100 percent density!

AMWU organiser Aaron Malone said, “From the word go these workers have been keen to use their voice. They stand with each other when one is facing an issue and are a cohesive bunch. Standing together is the key and gets you where you want to go.”