National Day of Action to save shipbuilding

AMWU members are set to converge on the offices of Abbott Government MPs across the nation tomorrow (FRIDAY) in a Day of Action to call on them to save Australia’s shipbuilding industry.

Thousands of shipbuilding members facing the loss of their jobs will march and rally in the Hunter, Melbourne, Perth and in Adelaide, where the failure of Liberal MPs to press home their electorates’ interests could see Australian shipbuilding lost for good.

Rallies will call for the Government to immediately bring forward new orders on navy shipbuilding in order to halt job losses around the country.

“Hundreds of shipbuilders have already lost their jobs in the past few months,” said AMWU National Assistant Secretary Glenn Thompson.

“We will be sending this Government a strong warning they must change their plans before they destroy the industry entirely.

“It’s time to stop the political spin right now, to not only talk up a continuous build for the future, but to take action.

“No MP from this Government has the guts to speak out to defend the communities they represent - voters worried about the highest unemployment in 20 years won’t forgive them for that.”

ALP Leader Bill Shorten MP will address the Melbourne rally at the city offices of Defence Minister Kevin Andrews, who is overseeing the “competitive evaluation process” for submarines.

In Adelaide speakers will include Independent Senator Nick Xenophon, before the rally marches to the office of Christopher Pyne, who as the only South Australian member of Cabinet is failing his state.

WA shipbuilders will march on the Perth office of Finance Minister, Senator Mathias Cormann, a key minister refusing to bring forward any spending to get shipbuilding going and retain jobs.

Mr Thompson said only an announcement on bringing forward the orders for Pacific Patrol boats, a fourth Air Warfare Destroyer or the next generation of frigates could help give shipbuilding firms the confidence to retain their workforces.

“There is also a botched tender process for Australia’s next Antarctic supply ship, which should be re-started so our shipyards can do the job, just as they did with the Aurora Australis,” he said.

GET DETAILS ON WHEN & WHERE 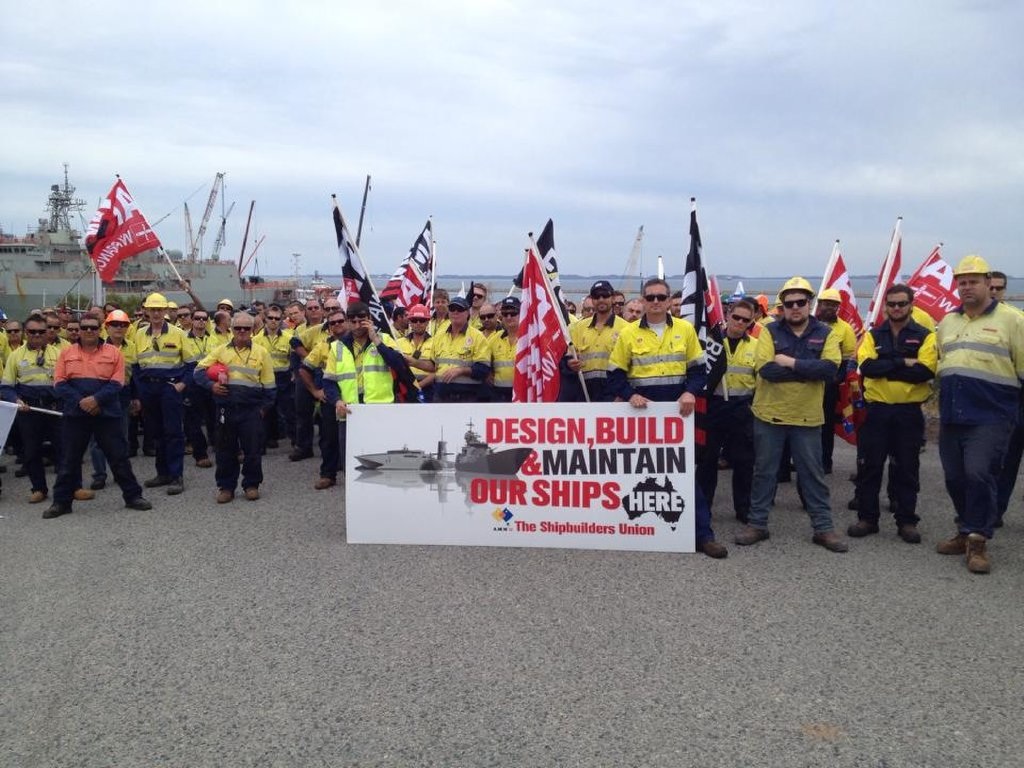