Workers at Bendigo’s SSR rail workshops in Victoria were briefed with media by Labor’s Industry spokesman Senator Kim Carr at the launch of the party’s National Passenger Rail Procurement Strategy.

A Shorten Labor Government would approach all states, industry and unions to end the fragmented “boom and bust” cycle of each state purchasing its own rolling stock – often from overseas - while ignoring the national picture.

Expert research commissioned by the AMWU estimates that a nationally co-ordinated strategy could increase the industry’s value by $8 billion in its early stages, initially creating 659 new manufacturing jobs.

Labor will examine the need for a federal-state transport authority to help co-ordinate local procurement on $46 billion of rail infrastructure already announced. 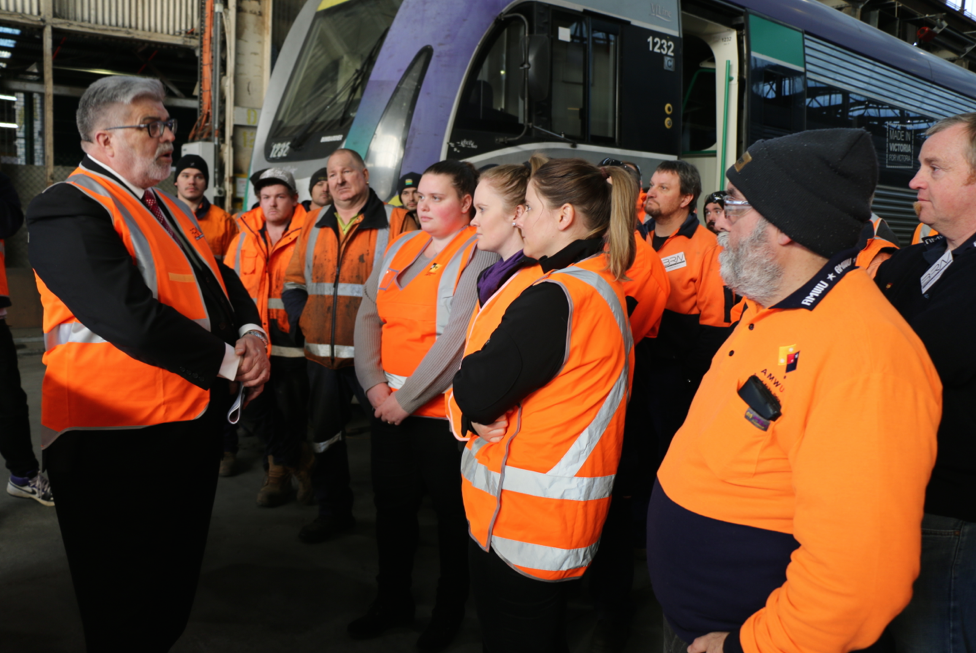 On the same track: Senator Carr speaks to AMWU members from across Victoria at SSR's Bendigo Rail Workshop.

Senator Carr told our members that the Federal Government should take a leading role in encouraging the states to purchase passenger  and freight rolling stock from local firms, using Australian-made parts and steel.

“I’m very confident we can secure the support of the states,” he said.

Victoria and Queensland were showing the massive jobs potential of building trains locally and the Senator urged NSW to get on board rather than “pig-headedly” resorting to overseas builds as its first and only option.

Just this week, the NSW Premier announced that he would purchase a new fleet of Newcastle trams from Spain while the Hunter rail industry is on its knees.

Senator Carr met about 20 members from SSR, plus our delegates from Alston and UGL in Ballarat and Downer from Newport (Melbourne) who attended the policy launch.

Darren Thompson, our AMWU delegate at SSR, said the shop did maintenance on passenger trains, locos and wagons but had proven its potential by designing and building two new locos in the past few years.

“Local content has to be the way to go if we’re to grow more jobs,” he said.

“The Andrews Government has kicked it off here in Victoria, but the Federal Government could lead and provide this across the country.”

Downer delegate Ray Portelli said: “Our company’s average age is 53, why devote money to skilling overseas workforces when we need apprentices for our future? Exchange rates mean we pay top dollar for trains made in Europe.”

SSR co-owner Vin Nally said: “We’ve proven we can build a world-class loco here, build it cheaper than importing it from the US. We have the skills in Australia, we need governments to invest.”

AMWU Assistant National Secretary Glenn Thompson called on the Coalition to match the election policy as local procurement should be bi-partisan.

National industry: (below) Senator Carr and Labor MP for Bendigo Lisa Chesters with SSR workers, management and AMWU rail delegates and officials from across Victoria. 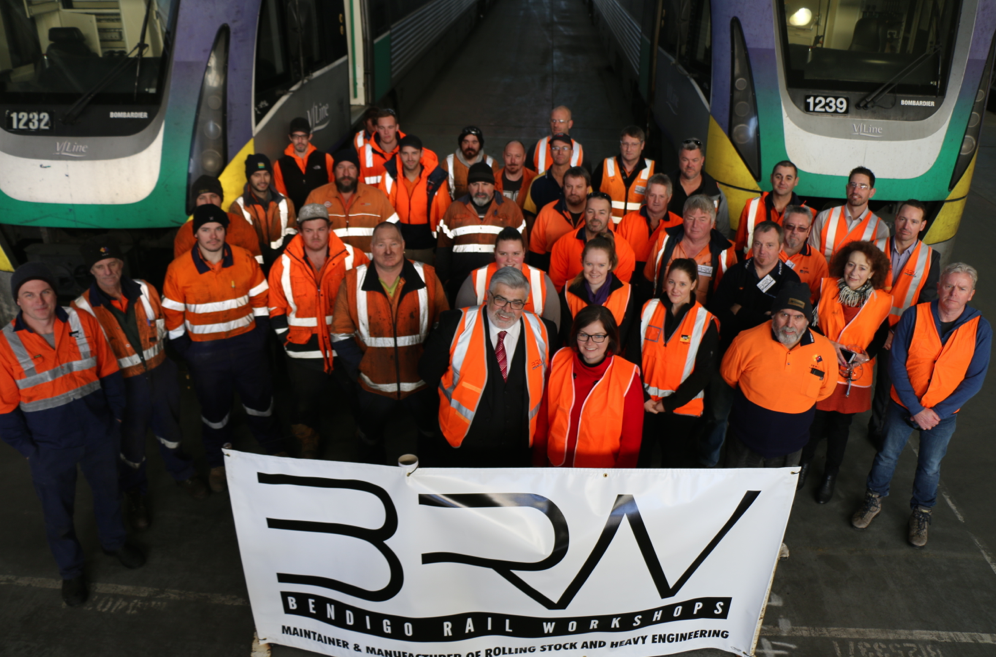