Australian Council of Trade Unions President Ged Kearney was in Perth in the lead up to the Federal election, visiting our 180 members at Komatsu to speak about the importance of working people using our votes to fight back against the Liberal government’s anti-worker agenda. 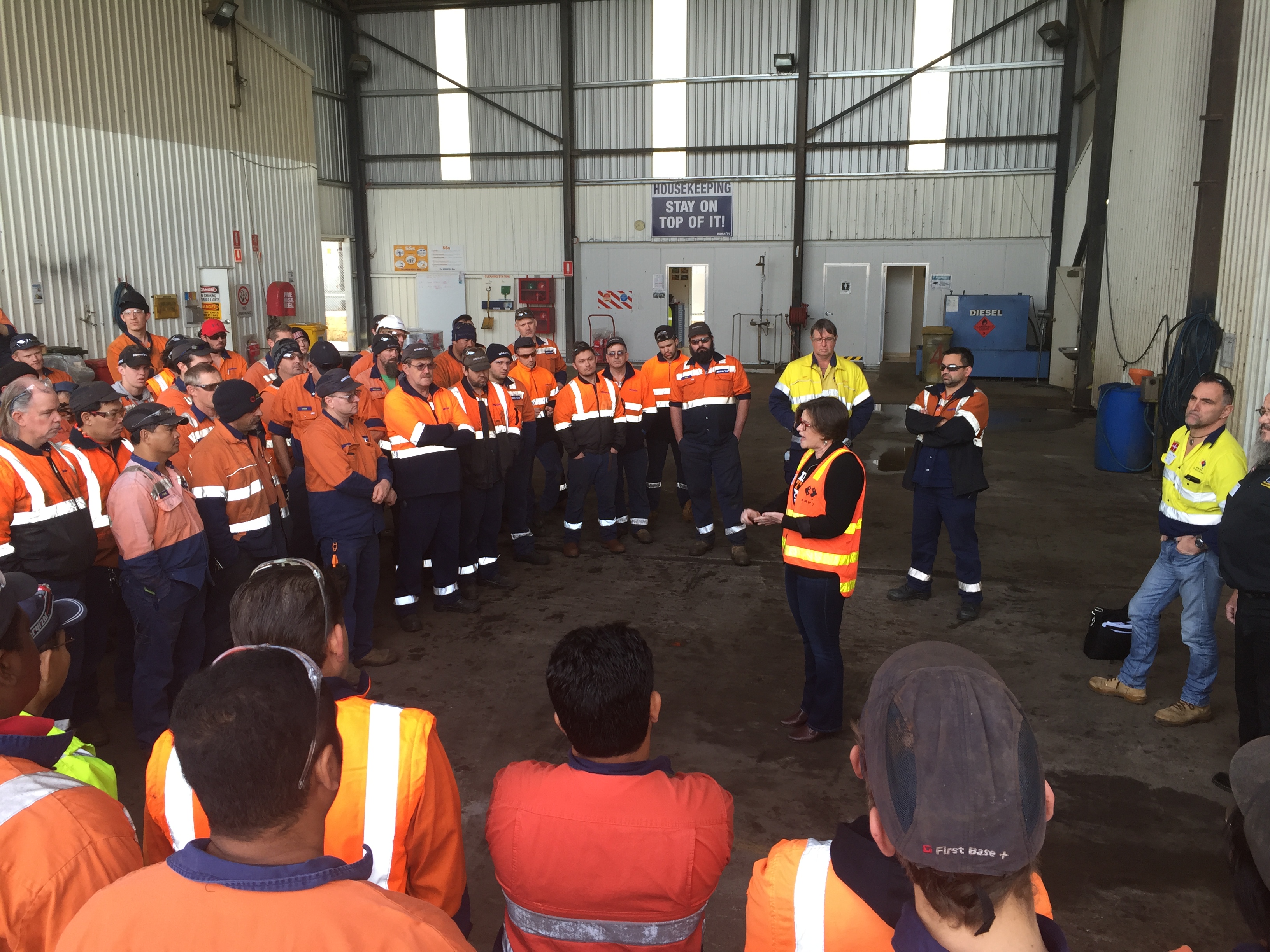 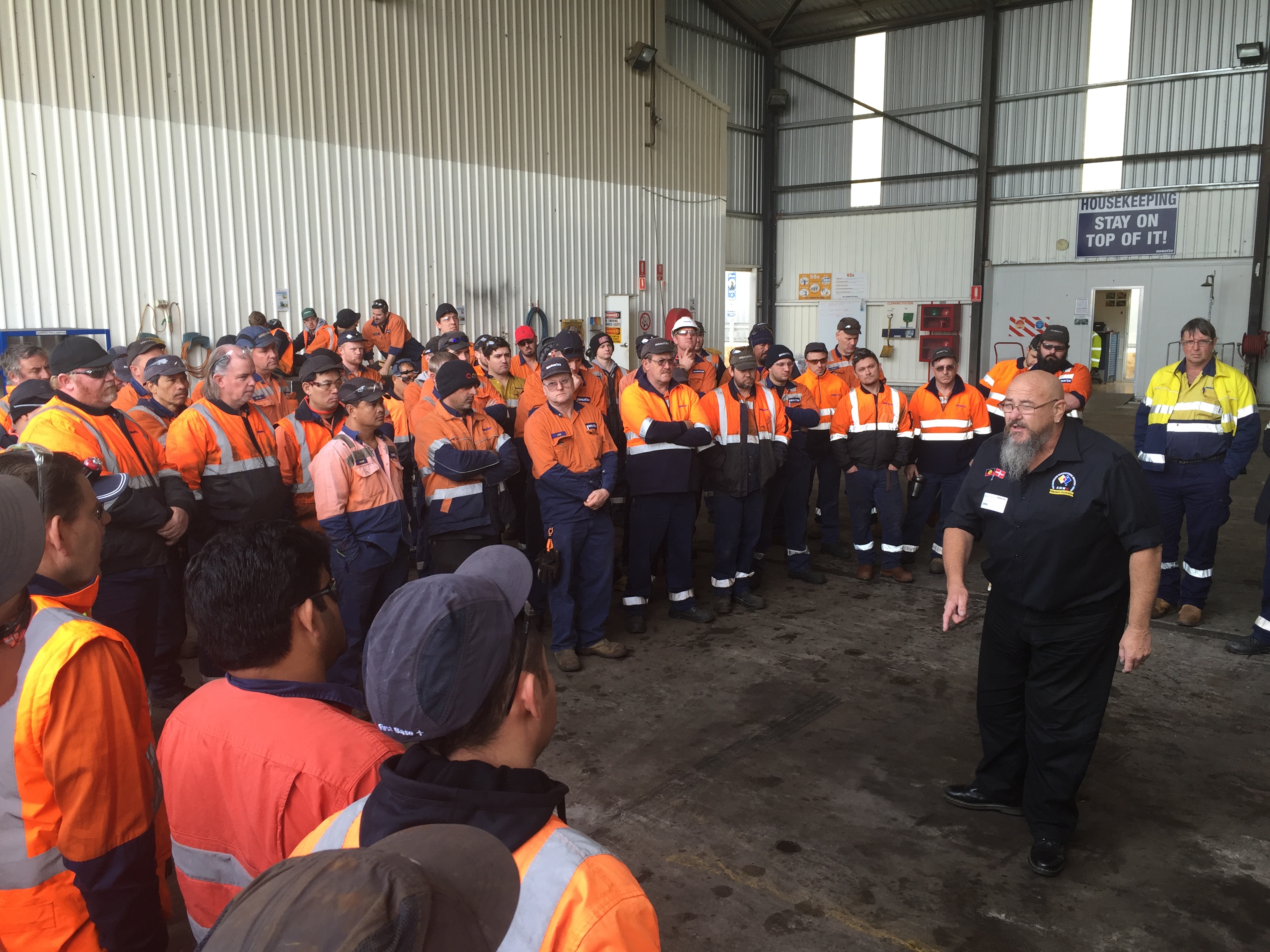 “The Liberal government wants to take away our right to organise and our right to have a say at work. We have been here before with Workchoices and we won. Now we have no choice but to do it again,” Ms Kearney said.
Ms Kearney spoke of the Liberals’ attacks on penalty rates, collective bargaining and Medicare while supporting the Australian Building and Construction Commission and the exploitative 457 visa system.

Ms Kearney also spoke about her own history as a nurse and rank-and-file union member and how much the support of the AMWU meant to her and her workmates while they fought for improved wages and conditions.

“It doesn’t matter if you are a boilermaker in a workshop or a nurse caring for the sick or elderly, working people need to stick together.”

It seems many WA working people did hear the ACTU’s “Build a Better Future” call to put the Liberals last, with the Liberals losing two WA seats, Burt and Cowan, to help deliver a big setback to Malcolm Turnbull.

We would like to thank our members and delegates at Komatsu, especially Gordon Entwistle, for organising this important visit.