The AMWU has won a landmark victory for workers with the Fair Work Commission finding that time served as a casual employee will now count when calculating redundancy payouts.

The precedent has now been set for all workers after the FWC decided that former Newcastle Shipbuilder, Forgacs, was wrong not to include workers’ prior casual employment as “continuous service” in calculating their redundancy payouts last year.

It’s a potential difference of tens of thousands of extra dollars to many ex-employees and vindicates former AMWU delegates Dale Condron and Larry Crozier, who took up the cause. 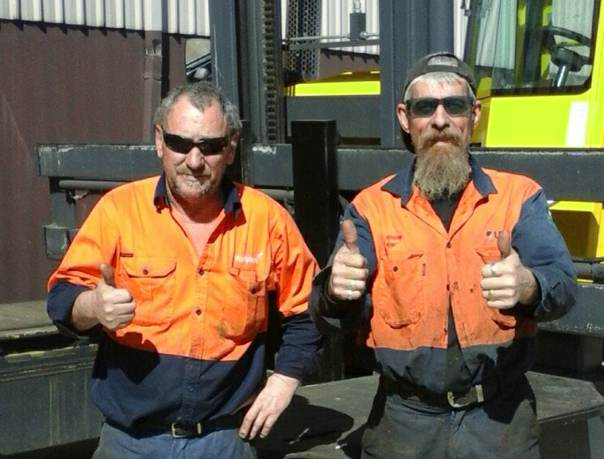 The workforce at the Hunter shipyards was largely casual for decades before Forgacs was legally required to make all employees permanent from 2009 to secure Navy work on Air Warfare Destroyer blocks.

“It’s good for everyone that common sense has prevailed,” said Mr Condron, whose situation was a basis for the AMWU’s initial case. “I do feel vindicated, I knew they were wrong.”

Forgacs, now owned by Donau, paid our AMWU delegates four weeks per year redundancy only on their permanent service when it made them redundant in July last year, months before the Hunter yards which once employed 1200 were shut down.

In February this year a Fair Work Commissioner had rejected the AMWU’s case for inclusion of casual service as continuous in calculating redundancy packages but this week we won our appeal to a FWC Full Bench, in a majority decision.

The Full Bench accepted our union’s view that “continuous service” under  the Fair Work Act  includes a period regular or systematic casual employment and no exclusion could be inferred when calculating service for redundancy payments.

AMWU National secretary Paul Bastian said: “This brings justice for hundreds of workers made redundant at Forgacs last year and is an important gain for all workers, not just those at Forgacs”

“It means under the Fair Work Act, thousands have rights to a fairer redundancy payment if they lose their jobs, so they aren’t short-changed."

Larry Crozier said: “I’d been there over 25 years on and off, then they gave me and the other delegates about 10 minutes’ notice before they marched us off the site.

“This decision will return a bit of the dignity and respect we, as loyal workers, felt we were entitled to.”