First steps toward a 'new' AMWU

On the agenda were some of the key political and economic matters facing our members as well as important proposals to simplify the structure of the union.

Delegates unanimously endorsed an historic first step towards a more cohesive organisation ready to meet the challenges to manufacturing in the 21st century for our members.

The goal is a unified “New Union” with more rank and file involvement  and streamlined systems of governance and resource allocation in the interest of members.

“This is a very significant development in the history of the union,” said AMWU National Secretary Paul Bastian

“We should all mark the moment we resolved to make sure the AMWU remains a leading union in this country.” 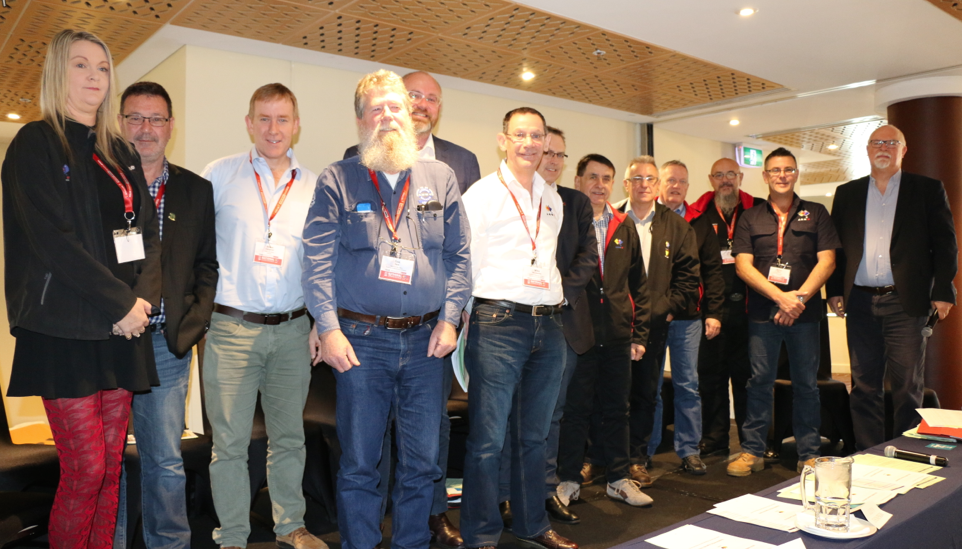 Conference made the decision in the context of continued threats to manufacturing jobs and the subsequent impact on the Union itself.

The impending loss of thousands of Australian jobs in the auto industry, the end of the mining construction boom and continued threats from automation and outsourcing, threatens further membership loss in the next few years and makes change that much more important.

Conference authorised moving to a combined, whole-of-union organising model from January 1 next year through to a National Conference review of the New Union project in March  2018.

The conference established a peak National Steering Committee to guide the process and to work on a number of issues over the rest of this year.

“I acknowledge we have much work to do before the end of the year but by building on the spirit of this Conference, I’m confident we can get there,” Mr Bastian said.

Mr Bastian thanked all States and Divisions for their robust and respectful contributions, with delegates and members at all levels facing up to the necessity for change.

To fuel future growth and better service members, new National Industry Committees will be established to cover key occupations and sectors across our industries.

National Print Secretary Lorraine Cassin, who seconded the motion, said the coming months of 2016 would be crucial if we are going to bed the changes down.

“We’ll jump into this boots and all, we’re committed, and between now and December everyone must be encouraged to speak up and be involved.”

Victorian Secretary Steve Dargavel said: “This new way forward provides hope and opportunity for our union that we will be greater than the sum of our parts.”

“By combining we can be a more effective force in society for good.”

National solidarity: the delegates and officials who gathered for our 2016 AMWU National Conference. 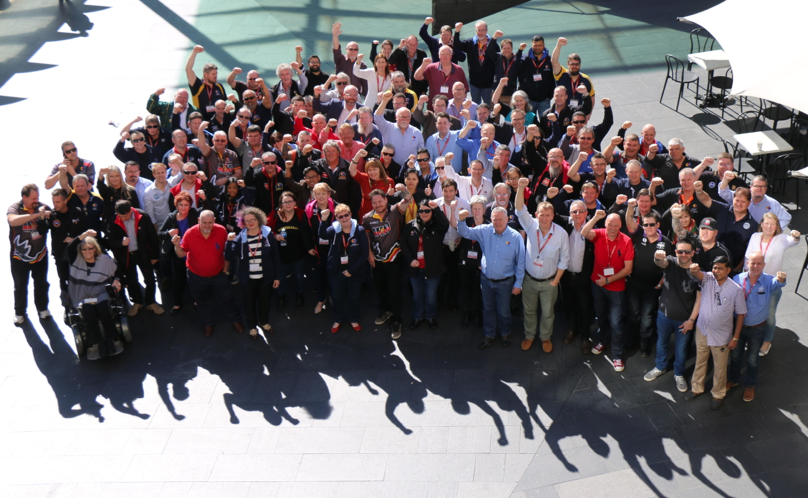