Scott Kitchiner is an AMWU delegate at Coates Hire in Brisbane, and a member of our Queensland Branch.

Scott is one of 300 members who work at Coates Hire yards around the country, in big cities, the suburbs and regional towns.

Recently, he, along with other delegates at Coates, led workers in their battle against Coates after the company threatened to terminate their agreement and cut their pay by 40%. 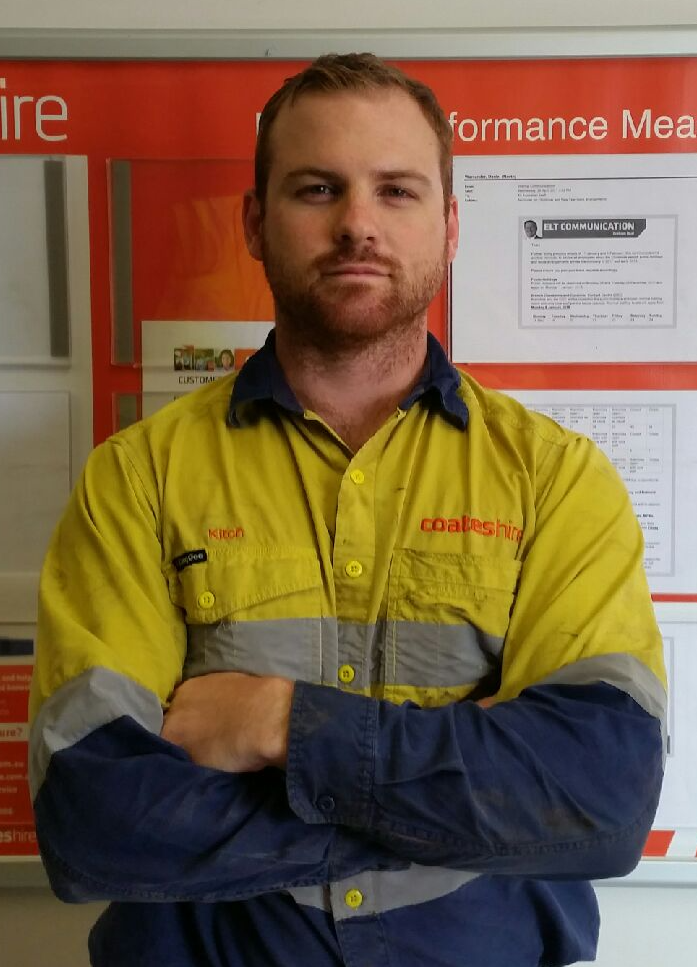 It was a long, drawn out battle with Coates Hire management, which went on for over a year. Like so many employers around the country Coates wanted to introduce a 'two tier' agreement, where new starters were on worse conditions than current members.

"Firstly - it's just unfair for workers who start in a month or two. We all do the same work so we should be covered by the same conditions, regardless of when you happen to be hired. Secondly, agreements like this mean there's an incentive for the company to move on the existing workforce over time, so that everyone ends up a new starter on worse pay and conditions.

"It means there's an incentive to push workers out."

Scott and his fellow delegates around the country have been strong in the face of Coates' attack. They may not have won everything this time around but they've built solidarity and strength and are continuing to organise workers across Coates.

Scott has worked at Coates for six years as fitter.

Workers like Scott are responsible for maintaining and updating hire machinery for both the retail and commercial sector. They are critical in servicing equipment that is used in household DIY projects and on large-scale construction and mining sites.

Scott stood up to become a delegate 12 months ago.

“I decided to become a delegate because it’s important to stand up for work mates and make sure we are all getting a fair deal. My favourite part of being a delegate is getting to help members resolve their problems on the job.

"We need more workers to consider becoming delegates. It's not hard and you get back what you put in."

Scott recently has been selected by the union to be part of the National Mining and Engineering Services Industry Committee, to help plan the union's future campaigns around this crucial sector.