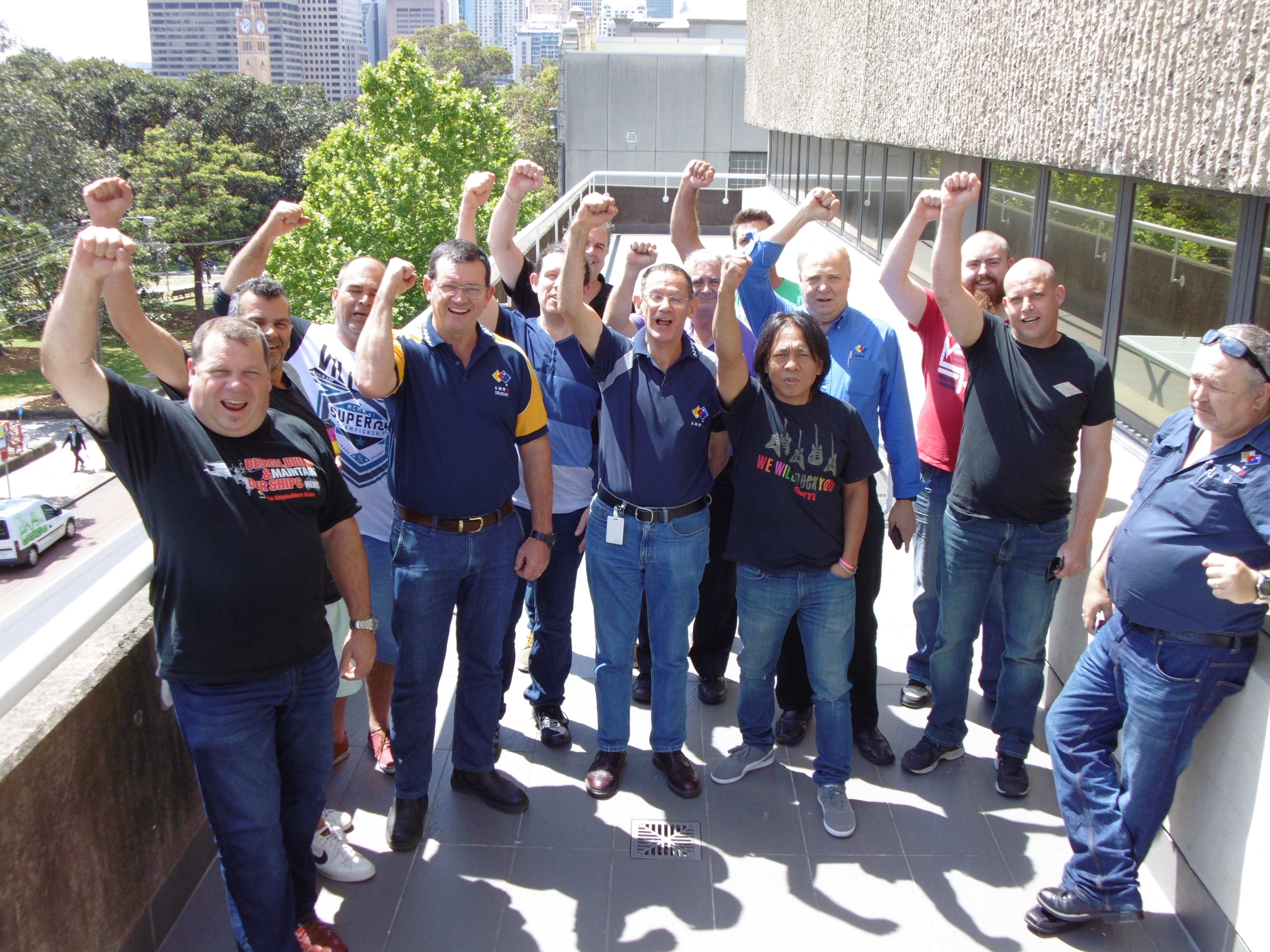 Defence and aerospace union delegates converged on Sydney in late October to talk about the future of their vital national industry.

The delegates were drawn from both private and public sector employers Australia-wide, including the Department of Defence, Raytheon and BAE. They discussed how best to ensure quality local participation in the initial supply and through-life support of military equipment. They also discussed the competencies necessary to sustain the industry.

Jon Laird, an employee of the Navy’s Air Wing in Nowra spoke about the benefits of the four-day meeting.

“It was a great chance for us to meet with other delegates from around the country and share ideas on how to tackle the big issues facing our industry,” said Mr Laird.

“We all walked away with a sense of purpose.”

A key part of the meeting included planning to ensure that Australian workers benefit from Australian Government defence spending, worth tens of billions of dollars each year. Delegates were also keen to carry the union message to new workplaces.

AMWU Assistant National Secretary, Mike Nicolaides, praised the work of those who attended the meeting.

“As an inaugural meeting, it couldn’t have been better. Everyone put in – and committed to fight for secure, high quality jobs in their industry.

“I look forward to the group coming back together in 2017 to further its important work. In the meantime, we’ll be looking to expand the membership of the committee.”

The group is known formally as the union’s Defence and Aerospace National Industry Committee.