Jane* is hoping that the AMWU can defeat major Abbott Government changes to the federal Comcare scheme to spare other injured workers from the ordeal she is being put through.

The AMWU public service member faces being cut off most of her Comcare benefit for a permanent, degenerative illness of her nervous system. She needs regular intensive exercises supervised by a specialist trainer just to keep her moving freely enough so she can work.

“The cause was work-related, they accept that, they know my condition is not stable but they won’t accept my need for ongoing therapy to keep my body functioning,” she said.

“They send me to specialists, which costs thousands more but can’t offer a cure. There is none.

“I feel Comcare is doubting my honesty, trying to intimidate people already suffering to get them off their books and I think these changes to the law might be the next step to formalise that.” 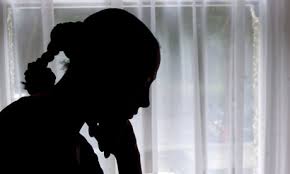 It’s a catch-22 choice which could affect many AMWU members in the public  service areas  and also in Border Express and John Holland companies.

Unions are working to kill the bill in the Senate, and are making a submission to  a Senate Inquiry.

Union OH&S Co-ordinator Deborah Vallance said Comcare’s return to work rates were better than any state scheme but the cost of paid claims had climbed by a third and the value of its assets had fallen below its liabilities.

To save costs, Senator Abetz had decided to “squeeze the injured workers”.

Jane says Comcare is being encouraged to help  Budget bean-counters rather than do what it exists for – help employees hurt at work return to their jobs healthy, with dignity.

“They’re trying to break someone who is already broken, so I will cost them nothing.”

(* "Jane" is a pseudonym to protect this union member)