A moving memorial to mine workers who have lost their lives on central Queensland’s coal fields looks set to become reality thanks to a big fund-raising effort by AMWU members.

Queensland Coal Shop Stewards recently presented a $90,000 cheque from our union to the progress committee of the coal town of Moura, where the memorial to the 50 workers who have died in the Moura-Kianga mines is due to be built over coming months.

About 700 members at our mine branches at Callide, BMA Blackwater, Lake Lindsay, Tarong, Curragh and Goonyella/Riverside made contributions, with the largest effort by the branch members in Moura itself.

“It makes me very proud that our mine members in the region had no hesitation in supporting this,” said AMWU delegate Chris Harper.

“There have been too many fatalities in mining over it’s history and to have in place in our own area, a memorial to those guys lost since 1961, is close to the hearts of our communities.” 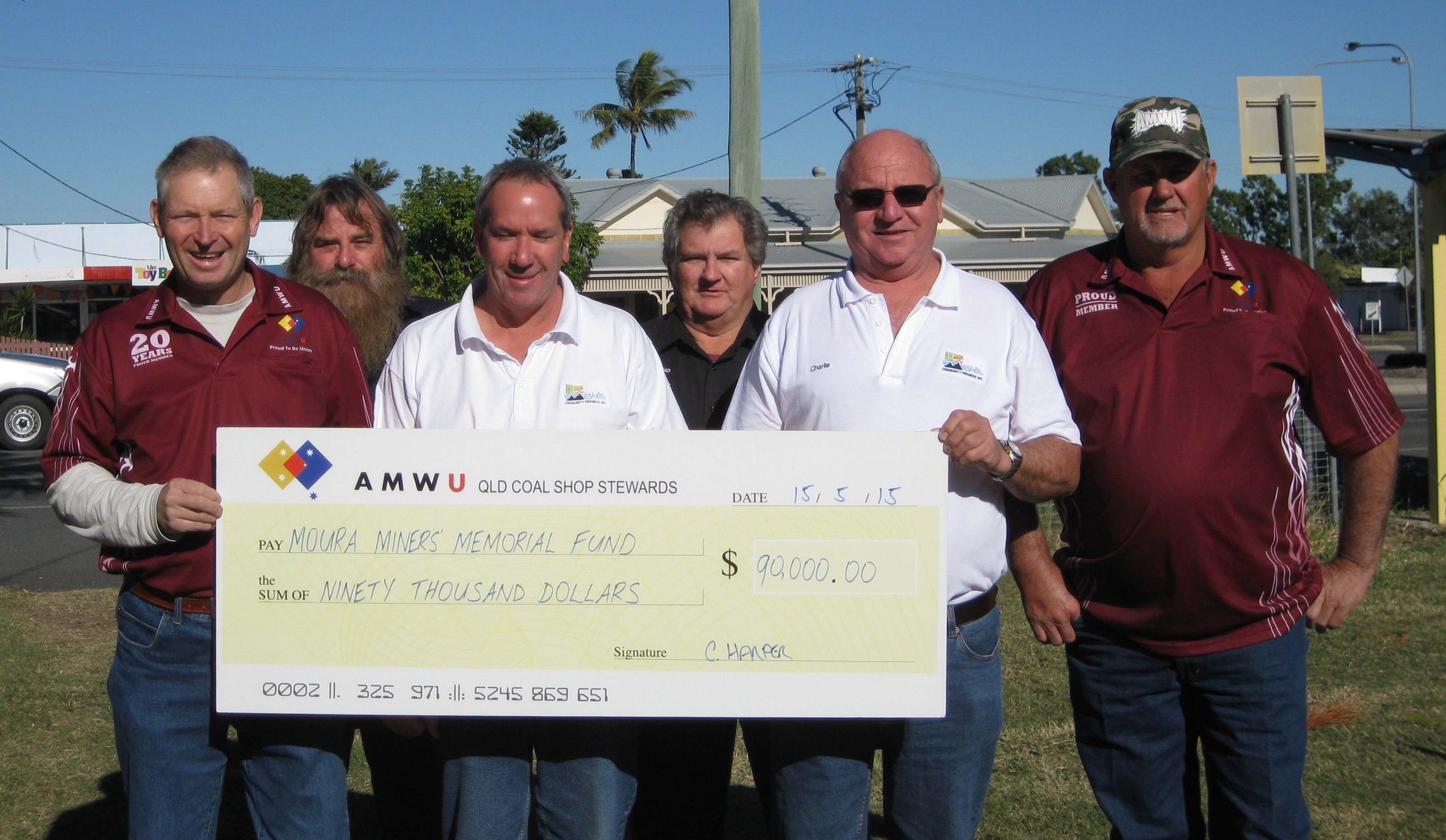 Proud tribute: (L:R) Chris Harper, Peter Lyon, John Walker, John Hempseed, Charlie Seeney and Peter Hammond with the symbolic AMWU cheque on the site in Moura where the memorial will be built.

Members contributed $81,000 – the most generous donation of the industry unions so far – while Queensland State Secretary Rohan Webb said the state branch had agreed to bring it up to $90,000.

It is hoped the memorial’s construction will begin in June.

The circular memorial has been designed in the form of a shell roof resembling a miner’s helmet, with the entry intended so visitors feel they are walking down a mine tunnel. Photos and information on the men lost with sculptures and poetry will be featured inside.

Ideally, Moura Community Progress would like to have the memorial opening in Spring to mark the 40th anniversary of the Kianga disaster of September 1975, when 13 mineworkers died.

Moura Convener Peter Hammond said: “We’ve had  disasters in Moura which nearly took away the town’s spirit but the community all hung together and got through it.

“Many of us have lost someone in those accidents and we’re pleased the community will now have a a tribute to those men.” 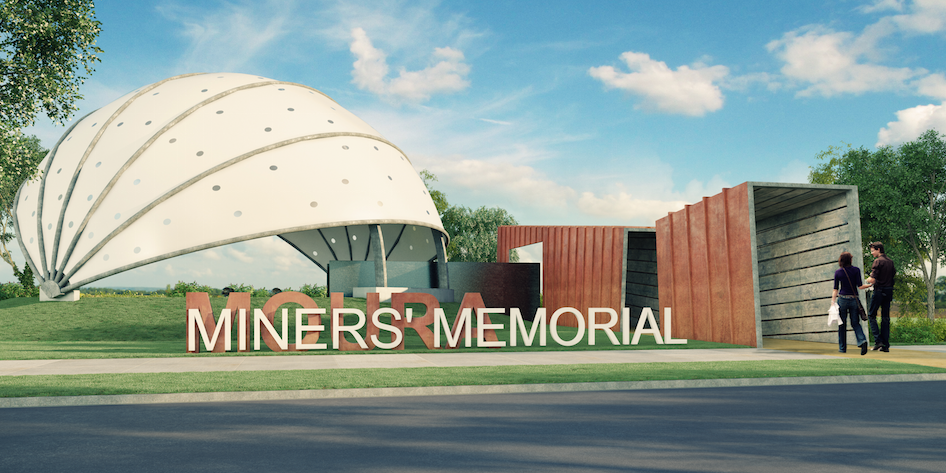