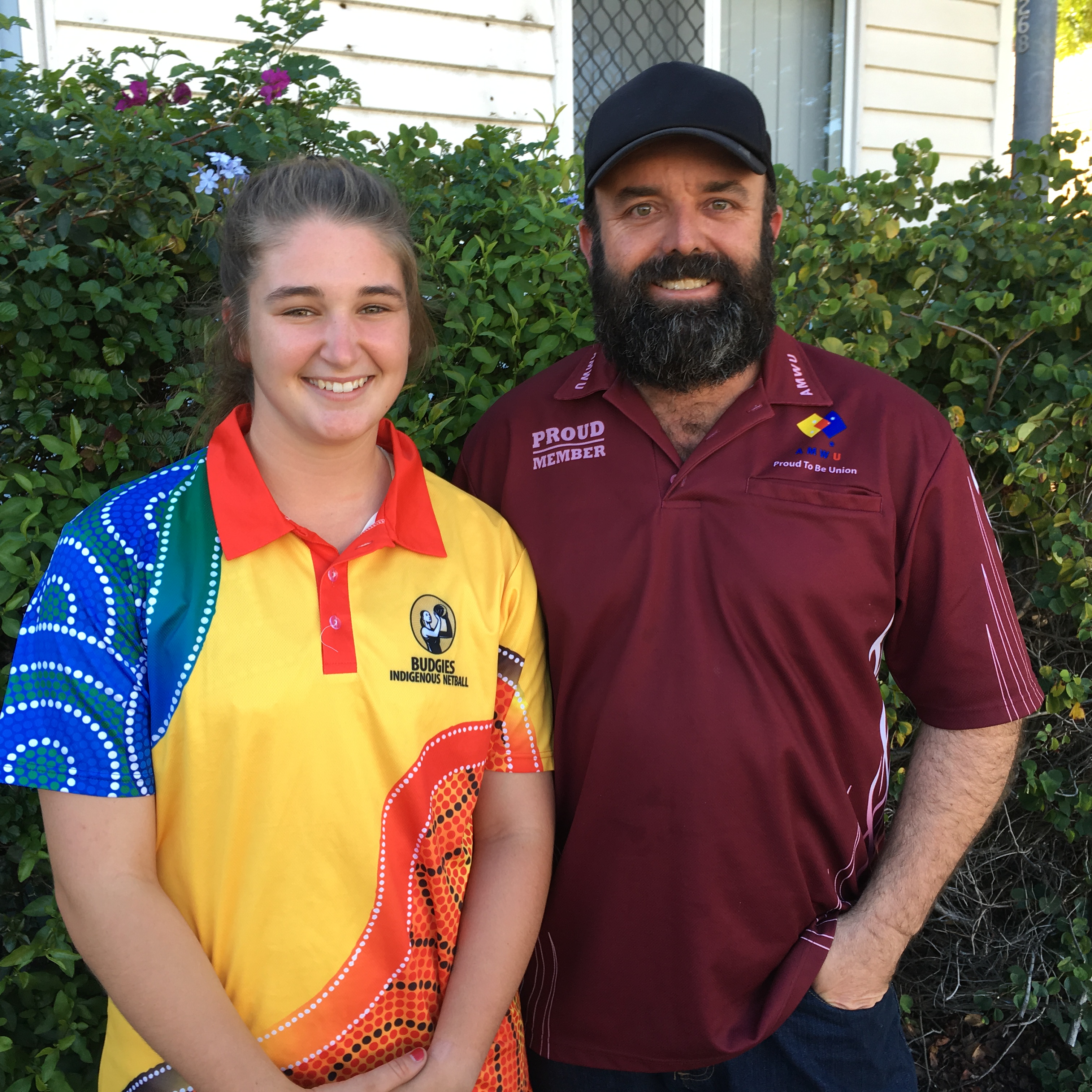 After being approached by Adrianne Greenhalgh, a 15 year old Biloela High School seeking sponsorship to compete in the Qld U19 Indigenous Netball Team who were to travel to Fiji in August 2016, the AMWU Callide Mine Branch were only too glad to help and donated a $1000 to assist her.

Adrianne, a rising Netball Star who plays for the local Sapphires Team, has been playing netball for many years and had made a number of representative teams including Qld and Australian Indigenous Youth Netball teams playing girls several years older than herself.

The Biloela High School student has played for the Qld Murri’s team at the National Indigenous Netball Carnival and the Under 15’s 2015 Australian Indigenous Team. At the Gold Coast International Carnival, her team came third against older teams and she was awarded the Barbarian Jersey for being the most valuable players on the Australian side.

Recently, Adrianne was invited to join the Under 18’s Australian Indigenous side in New Zealand for an International Schoolgirls Netball Challenge from 30 April to 6 May.

The AMWU Callide Mine Branch was able to assist proud to donate $1000 to help Adrianne with the travel costs to follow her dream to be able to play at multiple overseas carnivals. A lifelong fan of the sport Adrianne was very grateful of the opportunity she received and support she given to enable her to attend the international carnivals, quite an achievement for a high school student from Regional Qld.

Callide Mine AMWU Convenor, Chris Harper said the Callide Mine AMWU Members had no hesitation in financially supporting Adrianne at the start of the year where a resolution to support her was unaminously endorsed.

This follows the fine tradition of AMWU Callide Mine and AMWU Membership in the Coal industry supporting many community groups and junior sporting people to enable them to follow their dreams. Our support gives young people the opportunity to attend carnivals and sporting events, taking some of the stress and financial burden off of their families.

Adrianne and her family were very appreciative of the financial support given by the AMWU Callide Mine Branch.  Just shows what Unions including the AMWU can do to support their respective communities.