Workers at the OI glass plant in Brisbane have an important message for their colleagues around the country: when it comes to negotiating your pay and conditions, make sure you have a crack.

After a long fight, workers at OI in Brisbane recently voted unanimously to accept a new Enterprise Agreement, locking in important site conditions.

The agreement also delivered a 2 per cent annual pay rise for the next three years – backdated to 1 July 2016. 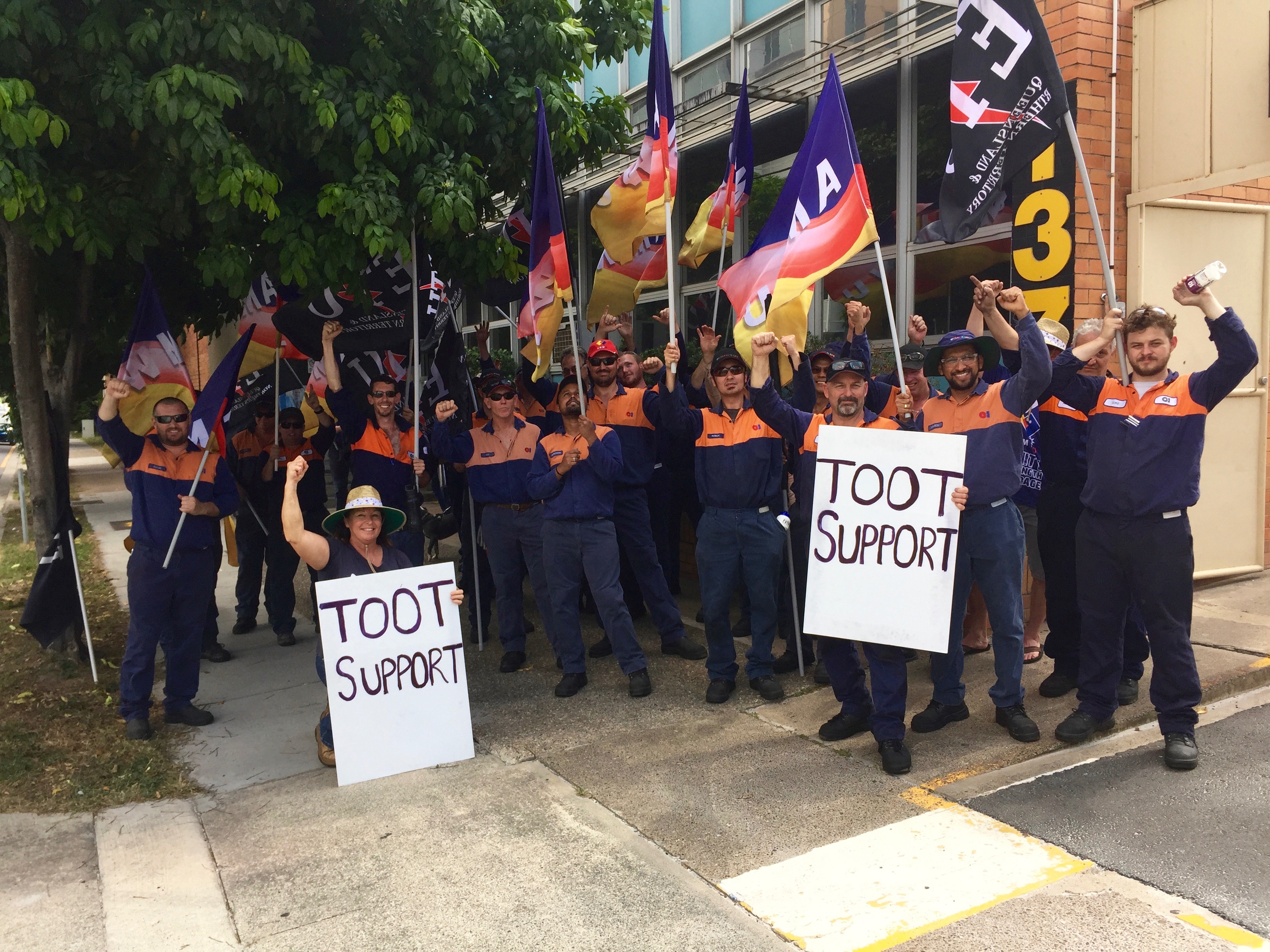 Senior Site Delegate Daniel Whittle said that initially the company resisted workers’ demands, and insisted that site conditions remained outside the EA - including an established arrangement to pay out unused sick leave when workers retired or resigned.

“We’d been operating with conditions that were from old ‘gentlemen’s agreements’ over the years, and a lot of custom and practice stuff that wasn’t formalised,” Daniel said.

“So basically our objective for the EBA was to lock in our current conditions that we didn’t have written down.”

Things heated up, however, when OI refused to pay out sick leave for two long-standing employees.

Daniel Whittle said the courageous approach to negotiations taken by AMWU members at OI’s Melbourne plant inspired to them to fight back.

“We knew we had to tidy our game up, or we’d keep getting slammed,” Daniel said.

“The company was dragging things out with the negotiation, eventually the boys said ‘let’s have a crack’.

“As it went on we ramped things up, and got a strategy going of having three one-hour strikes on the days where there was the most activity at the plant.

“It was costing us three hours of pay, but it was effective.”

The stalemate in the 18-month long negotiation was broken when OI brought in a new Human Resources Manager.

“He walked into this bombshell and had to mop up the mess,” Daniel said.

“I think they just decided enough’s enough, let’s just sort this out and get back on to making bottles.”

AMWU Queensland/Northern Territory State Secretary Rohan Webb said the high level of union density at OI in Brisbane was a major factor in the dispute.

“Unity is essential when it comes to negotiating a strong agreement, and every single member of the trades workforce at OI in Brisbane is a member of the Union.

“Initially OI underestimated the resolve of the workforce, and the solidarity of AMWU members.  But they know all about it now.”