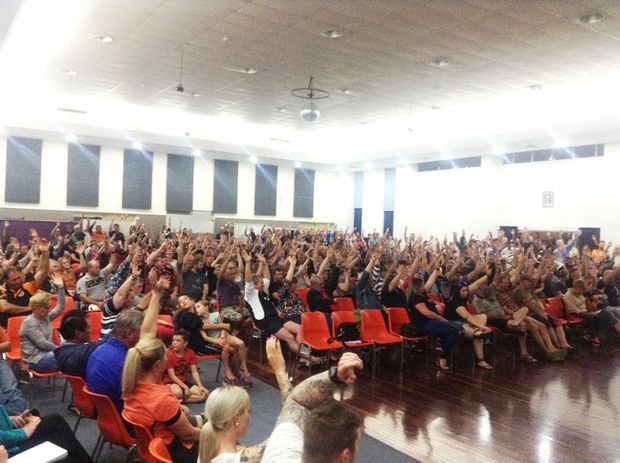 As you would know, BMA recently made the callous announcement that it will be restructuring its operations at Blackwater Mine. This decision will have a devastating affect on workers, their families and the Backwater community.

On 1 September 2015, the Blackwater community stood up and let their voices be heard.

Following a series of meetings with the company, it is now clear that over 210 permanent workers will soon face voluntary redundancy, redeployment or transfer to another mine. On top of that, hundreds of other labour hire and Hastings workers will be affected.

BMA is trying to remove full time, permanent workers who live locally and replace them with contractors with no job security.

In a similar move, Anglo American, at their Capcoal/Lake Lindsay operations have announced a major restructure which could result in redundancies and many of the workforce having their rosters reduced.

These are trends that cannot continue and are a real slap in the face for our members and the local communities they live in.

Members from across the community came together at the Blackwater Civic Centre to oppose the changes that have the potential to devastate our local community.

We are continuing to fight to stop the changes at Blackwater and to save our community. We encourage you to join our campaign.