Billboards and rallies unite us with community

AMWU members have put in bigtime to drive home a simple message on billboards that resonated with the entire community:  Subs=Jobs. Build them here.

The union’s first effort to crowdfund a campaign on social media was our latest success, with members contributing over $6000 towards three billboards on busy roads in suburban Adelaide and in the shipbuilding city’s heart of Rundle Mall. 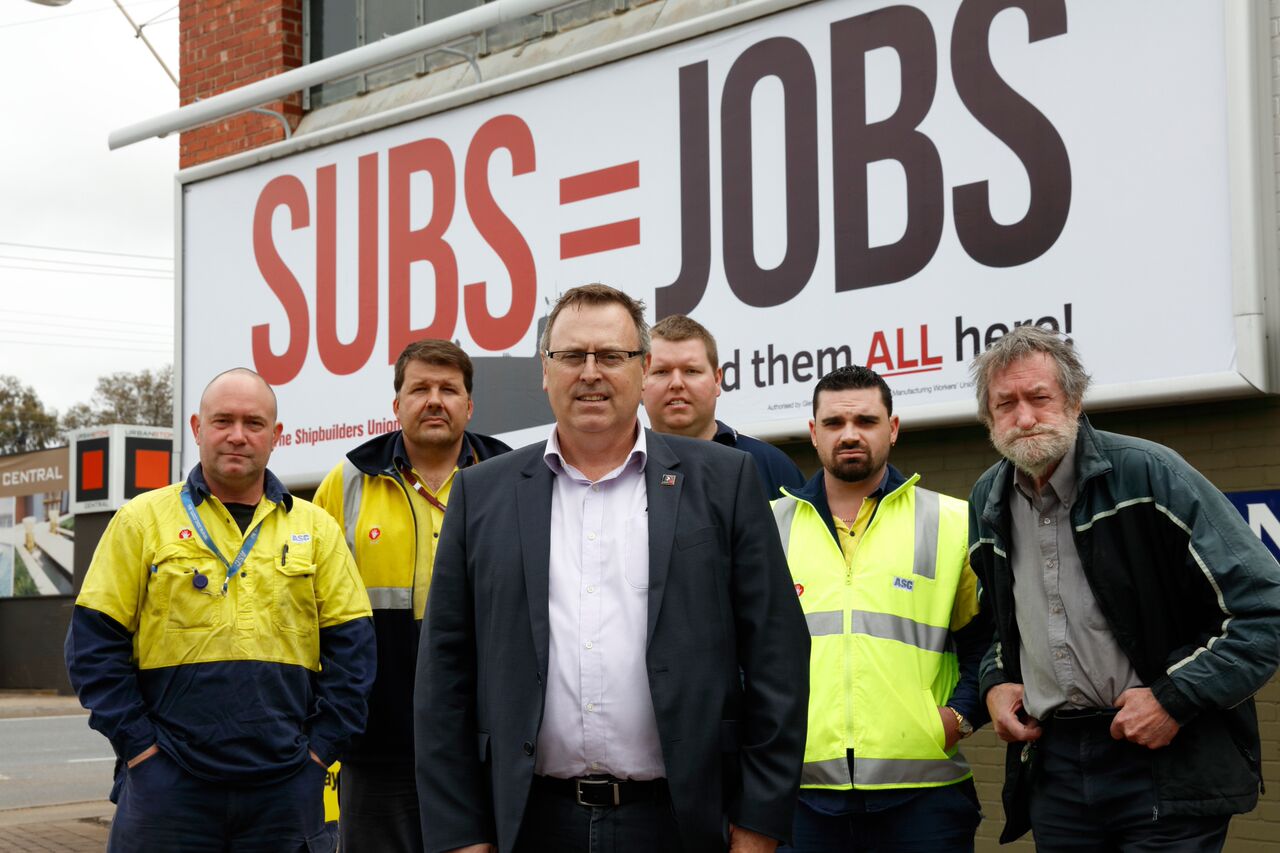 The Subs=Jobs theme was repeated with big November rallies of members in Perth and Adelaide, as well as a banner displayed in Parliament House in Canberra during a visit by shipbuilders to keep pressure on the MPs.

It’s now paying off and it looks more certain that the $50 billion submarine build will re-surface in Adelaide.

AMWU members, supported by other unionists, marched through central Adelaide to the office of Federal Industry Minister Christopher Pyne, then to the steps of State Parliament.  The Perth protest was outside the office of federal Minister for Employment, Michaelia Cash.

But the rallies made it clear that Build Them Here means ALL 12 submarines the Coalition promised Australians before the last election.

Some of our shipyard delegates from ASC also turned out at a media event in Adelaide on November 4 when the billboard on South Road in Hindmarsh had just gone up, seen by thousands of Adelaide drivers.

“The billboards are in a great position and they’ve got people talking even more about subs – it’s on everyone’s lips, you’d be surprised. It’s great we did the crowd funding,” said delegate Mathew Premio, a mechanical fitter at ASC.

“We need 12 subs no doubt, the navy want 12 and jobs are desperately needed across the shipbuilding industry.”

The crowd funding campaign asked people to contribute to the cost of one billboard and within a fortnight beat the target, raising over $6000. On average, supporters contributed $40 each.

Popular pressure (pictures below): there was a big turnout for our Adelaide rally which marched on the office of Coalition Industry Minister Christopher Pyne. 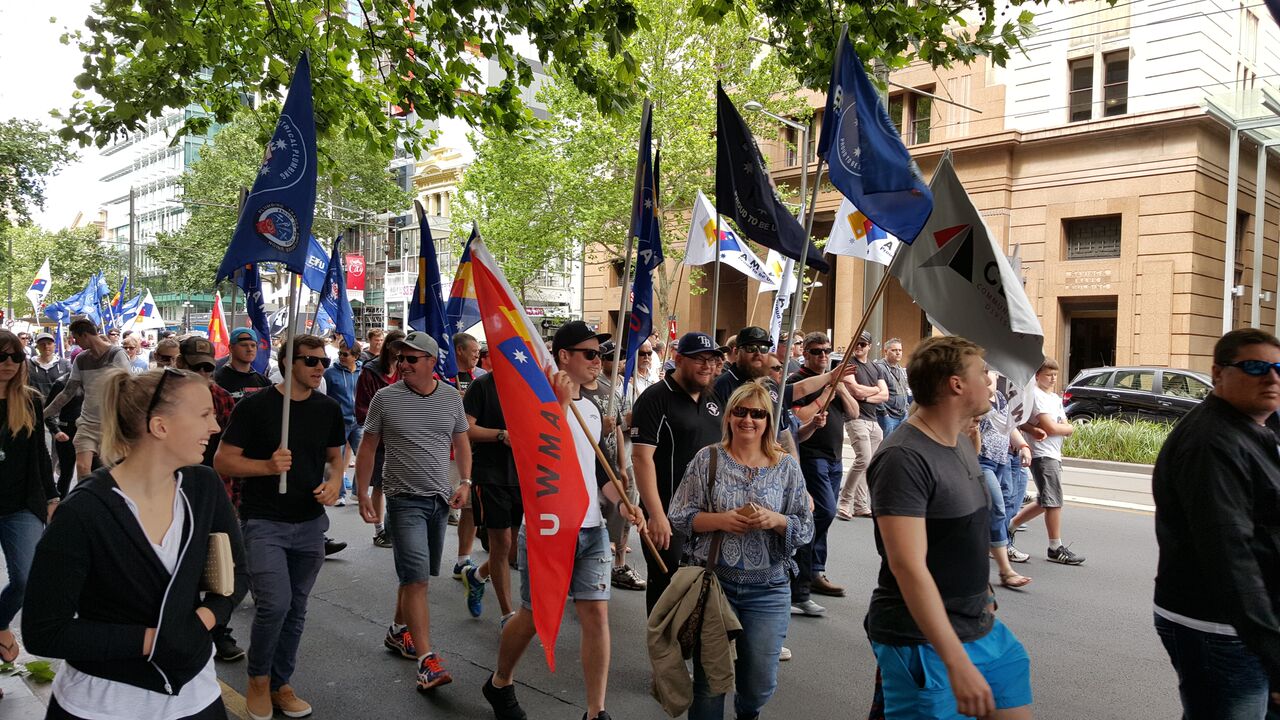 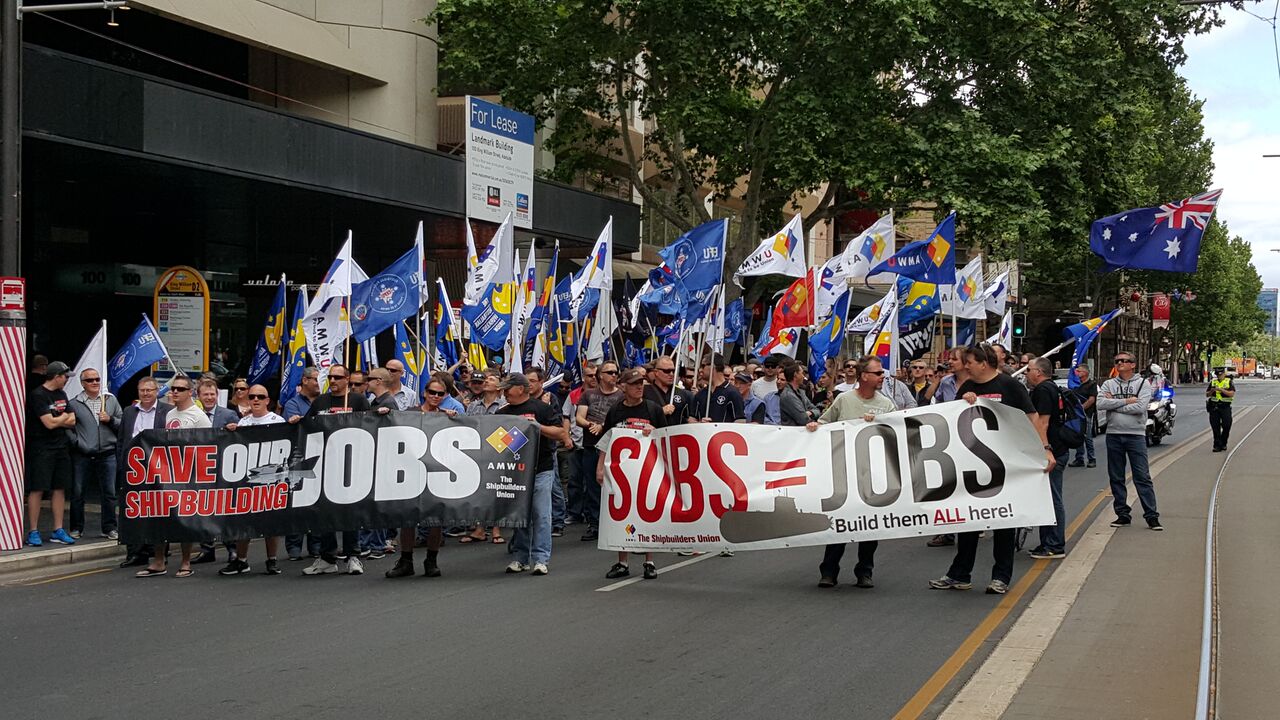