Big numbers of auto industry workers can look forward to soon regaining their right to Accident Make-Up Pay to fully cover their base wage if they are injured at work, after a recent Fair Work Commission case.

The revival of Accident Make-Up Pay into the Award in October should provide extra peace of mind to AMWU members across vehicle retail, repair and general manufacturing, who rely on the Award for their employment conditions.

It will apply to more than 100,000 people, most in smaller shops without an enterprise agreement.

Accident Make-Up Pay has long been a part of the award, giving a safety net to provide a wage top-up where the state Workers’ Compensation Scheme does not fully cover an injured employee’s base wage if he or she can’t work.

In NSW and Victoria the state WorkCover schemes coverage drops to 80 per cent of the wage after 13 weeks.

Employers used to pay Accident Make-Up Pay to cover the gap – often the difference between an injured worker keeping their head above water or falling into debt.

But that protection expired on the last day of 2014, causing the AMWU and other unions to make urgent arguments on why it should be restored.

The AMWU has won the benefit back across auto industry awards thanks to the hard legal work and solid arguments of union legal officers Alessandra Moussa and Lucy Weber. 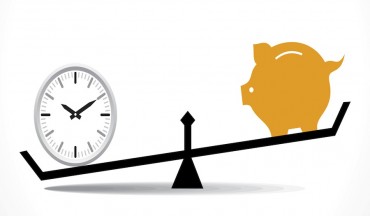 Accident Make-Up pay will re-commence on October 15, ensuring award members unable to work due to injury receive 100 per cent of their base award pay rate for 26 weeks.

“Six months is not as long as we’d ideally like, but overall this should give members relying on modern awards some peace of mind,” said AMWU Assistant National Vehicles Secretary Warren Butler.

“It will give those injured on the job a little extra security during rehabilitation, so there’s less chance they’ll have to go back to work for financial reasons before they feel they’re recovered and fully fit for work.”

The AMWU has also successfully fought off an attempt by the Australian Industry Group to reduce the amount of Time-Off-In-Lieu (TOIL) many employees are entitled to for working overtime.

The employers had wanted all time-off-in-lieu to be paid on an hour-for-hour basis, but the Fair Work Commission ruled those modern awards which already allow TOIL to be paid on the same basis as penalty rates – time for penalty – should not be altered.

The AMWU has secured our manufacturing vehicle award, meaning TOIL for overtime can be taken later on a penalty basis  – time and a half for the first three hours, double time thereafter.

“That’s the way its been for 25 years, we convinced the Commission there was never any good reason to change it – and it won’t change,” Mr Butler assured members.