Over 70 workers from the Victorian regional town of Echuca are celebrating after they won their 62 day battle with the dairy multinational Parmalat.

The AMWU & ETU members from the yoghurt-making facility in Echuca were locked out of their workplace on January 18 by their employer Parmalat for seeking to maintain their job security and halt attacks on their employment conditions.

In the middle of negotiations for their new Enterprise Bargaining Agreement, the company had sought to pull the rug out from beneath the workers’ feet by applying to terminate the existing agreement. This would have seen the workers face a pay cut of at least 40 per cent.

Instead the workers stood together to fight for a better deal, and with your support emerged victorious after their 62 day battle. On March 20 the members voted up a new agreement which delivers everything they have been fighting for – a fair deal with strong pay and conditions at work!

The workers have achieved all of their demands, including wage rises, improved overtime and redundancy provisions, and a contractor clause. 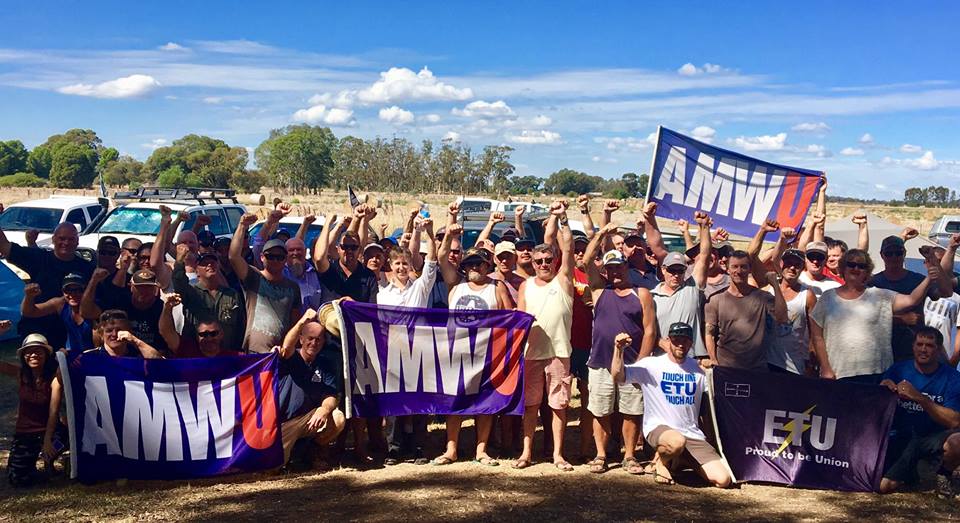 Not only that, the members have also taken their fight for fairness right to the steps of Australian Parliament, testifying at the Senate Inquiry into Corporate Avoidance of the Fair Work Act. The Parmalat members have picked up where the CUB 55 left off, fighting not only their own battle but taking on the larger crusade for fairness in our industrial system.

They could not have done it without the support and donations flowing in from fellow union members all around the country.